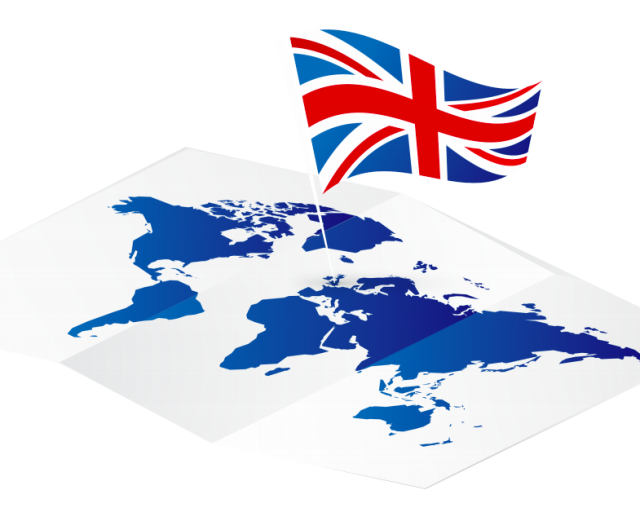 The United Kingdom’s departure from the European Union presents an opportunity for the UK and Africa to negotiate more favourable trading terms for their economies at home. The UK Prime Minister Boris Johnson, however, has abandoned the ‘Global Britain’ rhetoric of his predecessor, leading Emily Yeates to examine the potential and pitfalls of a redefined UK-Africa relationship.

During Theresa May’s time as UK Prime Minister, she coined and frequently deployed the term ‘Global Britain’ to signal a move towards free trade agreements and broader engagement beyond Europe. On her trip to the African continent in August 2018, May went on the charm offensive, promising to overtake the US as the biggest G7 investor in Africa by 2022. The focus of the trip was on key African Commonwealth partners – South Africa, Kenya and Nigeria.

While public attention at home fixated on the Prime Minister’s awkward dancing, the trip signalled a change in strategic direction for UK foreign policy. With Brexit as the catalyst, the UK government was attempting to renew historical ties with key African states to support trade deals after leaving the European Union.

However, since the beginning of his premiership in July 2019, UK Prime Minister Boris Johnson’s focus on domestic issues has signalled a move away from May’s ‘Global Britain’ rhetoric, and African engagement has fallen off the agenda. Where they have been present, diplomatic efforts by Johnson’s government have focused on the ‘special relationship’ with the US and the ‘Anglosphere’ – chiefly Australia, New Zealand and Canada. Certainly, media coverage and official visits have been targeted in this direction.

But in the midst of the turmoil over Brexit, Johnson should not lose sight of the need to improve and establish the UK’s relationships abroad. Whether the UK leaves the European Union on 31 October or later, with a deal or not, the UK will need to (re)negotiate trade relationships with the rest of the world. In 2016, just before joining the Vote Leave campaign, Johnson spoke of the protectionist nature of the EU hampering UK trade negotiations. If this was the intention of the leave campaign this could provide the opportunity they sought to forge new relationships with key partners.

In engaging with Africa after Brexit, the UK should consider creating preferential market access for imports from the global South, facilitating educational exchanges through overhauling the visa application process and redefining the aid relationship. This can help build a lasting and mutually beneficial foreign policy to realise the ‘Global Britain’ vision.

Although it is often portrayed as little more than a net exporter of raw materials, Africa has a lot more to offer besides its wealth of natural resources. With one of the fastest growing youth populations and over 400 million people aged 15–35, Africa is bucking the trend of the stagnant population growth seen across the Organisation for Economic Co-operation and Development (OECD). This offers potential not only for human capital but also knowledge and innovation, as well as a growing market for British products and services – not least in the UK’s higher education sector. This is an opportunity for the UK to attract young talent from Africa as well as to promote Africa as a place to set up businesses.

The UK has one of the highest concentrations of world-renowned higher education institutions, but a recent report from the UK All-Party Parliamentary Groups (APPG) for Africa, the APPG for Malawi and the APPG for Diaspora, Development and Migration shows that Africans are twice as likely as citizens from other world regions to be rejected for visas to the UK. This is an uncomfortable reality in the context of claims about Global Britain and it makes business and academic exchanges that much more difficult. The government recently responded by announcing a fast-track visa system for science, technology and engineering to ‘cement the UK as a science superpower’.

But STEM subjects should not be the only focus. Despite many universities having dedicated centres for African Studies, they are often found to contain very little ‘Africa’. African Studies is a distinctly interdisciplinary subject and thus there needs to be more inclusion and integration with African research institutions and higher education facilities as well as a simpler and more inclusive visa system for all researchers and academics who wish to make the UK their home, enrich the study of Africa and contribute to the UK’s world-leading universities. Making these changes can help foster innovation and information exchange, with the potential for a wide range of knock-on economic benefits. An inclusive academic environment would also be mutually-beneficial by facilitating a more integrated academic environment to tackle pressing global challenges such as poverty and climate change.

It is clear that the UK alone cannot compete with the global trade giants – mainly China, the US and the EU bloc – in Africa, but it does not necessarily need to. Given the UK’s historic – and divisive – relationship with Africa, there remains considerable influence and room for engagement. The UK therefore could set a precedent for a more conducive trade relationship. After Brexit, Commonwealth countries will lose Britain as an advocate and intermediary in negotiations with the EU. However, African countries could be in a good position to take advantage of new negotiations, with different countries attempting to out-do one another in a jostle for trade and resources.

Is it therefore possible for the UK to utilise these ties as a major investor in Africa and a significant importer of African goods, but with the intention to instil sustainable development within trade policy post-Brexit? While she was head of the Department for International Development, Priti Patel (now Home Secretary), suggested that Britain could use its aid relationships to leverage free trade agreements that would provide better access to African markets. A more developmental approach, however, would be to look to replicate, extend and improve on the EU’s existing schemes that provide unilateral market access for developing countries in Africa and elsewhere, thus supporting African agricultural and manufacturing sectors and SMEs.

In particular, removing rigid rules of origin could be beneficial to African exports to the UK. The current rules under the EU indirectly affect developing countries as it maintains a structure whereby primary products are the major export. More flexibility would ensure that components can be sourced through regional cooperation but with the majority of the processing done domestically. Regional cooperation could be a vital issue in the future, with the recent implementation of the African Continental Free Trade Area (AfCFTA) removing some of the boundaries for intra-African trade of manufactured and processed goods. Simplifying origin rules could therefore allow for more added-value products to be exported and increase the value of exports for developing countries. For the current UK government, this strategy also coincides with Johnsons’ previous rhetoric on cutting down on EU red tape.

While Brexit could be seen as an opportunity to reinvigorate and rebrand UK relations with Africa, there might also be reservations about doing so. This is especially the case when the current Prime Minister once suggested that the ‘best fate for Africa would be if the old colonial powers, or their citizens, scrambled once again in her direction’ and has on repeated occasions used derogatory language to describe the people and countries of the continent. This, coupled with Patel’s previous comments about leveraging UK aid in the ‘national interest’, suggests that the current government’s approach could easily be framed through an imperialist lens, seeing Africa as an opportunity to ‘plug the hole’ in UK trade after Brexit without seeking a relationship that is long-term and mutually beneficial.

To redefine this relationship, the UK must seek to avoid a neo-colonial approach – which will further alienate African partners – and work to address the continent’s development aims. Aid should be directed at capacity building for recipient countries, rather than as leverage for the UK to be a sole benefactor. Alternatively, aid can be a way for the UK to develop trading capacity, which can reinforce a more sustainable and less asymmetrical relationship. By supporting SMEs, the government can ensure that countries can take advantage of preferential market access.

Brexit presents an opportunity for African countries to renegotiate trade agreements with more favourable terms. AfCFTA, changing global dynamics and the weakening bargaining power of the UK without the EU trade bloc, have bolstered the position of Africa in future negotiations. Increasing trade exports through preferential trade agreements can help drive development and strengthen economies in Africa.

There has been a tendency to overestimate the UK’s trading power and influence in the current international order. This is even more so when the UK has not had the institutional capacity to negotiate trade deals, because it has not been necessary. The UK will enter the global trading system as a middle power, but in an international system that looks very different to when it left in the 1970s. In order to create effective relationships in this new global order, it is crucial that the UK re-evaluates its relationship with Africa and recognises its place in the global system.

This article is part of a project entitled ‘Africa beyond Brexit: Ideas and Practices of Postcolonial Engagement in a Changing Global Order’ based in the Department of Politics at the University of York and in collaboration with the Interdisciplinary Global Development Centre (IGDC). Run by Dr Peg Murray-Evans and Dr Nicole Beardsworth, this project seeks to define a new research agenda that uses Brexit as a basis of discussion for broader UK relations with Africa, set into a wider context of changing global power dynamics.

This article first appeared on the LSE website here.