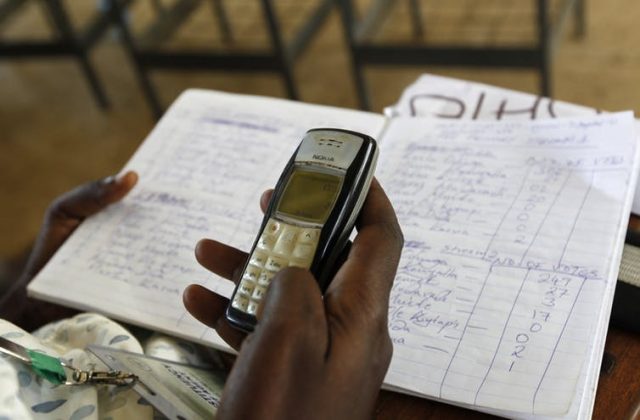 DiA’s Nic Cheeseman looks at the prospects for election rigging in the Kenyan general election on 8 August, and what can be done about it.

The race for State House in Kenya is heating up. After a long period during which President Uhuru Kenyatta looked a shoo-in for re-election, the presidential race is looking increasingly competitive.

Although the most reliable polls still give the incumbent a strong lead of around 6% the main opposition candidate, Raila Odinga, has the greater momentum. Following a year in which his poll ratings hovered between 20% and 30%, Odinga has been buoyed by the confirmation that he will be the flag bearer of the main opposition coalition, the National Super Alliance (NASA). Other prominent alliance leaders have also said they will back his candidacy.

The closer the race becomes, the more Kenyans and those who care about the country will start to worry about election rigging. Both candidates have committed themselves to free and fair polls, but many Kenyans still fear that the process may not be credible.

In large part, this scepticism is a legacy of the events of 2007/8, when flawed polls led to post-election violence that took the lives of over 1,000 people and displaced hundreds of thousands more. Although the 2013 polls were much more peaceful, the process also suffered from a number of shortcomings which led the opposition to reject the official results.

Without prejudging whether the 2017 contest will be clean or not, it’s therefore important to ask how the election might be rigged, and how this could be stopped.

Here are four ways that elections could be rigged.

1. Bring down the technology

In the 2013 elections, the technology used to safeguard the process failed systematically. The Independent Electoral and Boundaries Commission fell back on manual processes. This meant there was no fingerprint verification to ascertain that the right people were voting, and were only voting once. The breakdown of the technology, and the potential for the manual process to be abused, was a central part of the opposition’s election petition.

Odinga and his colleagues campaigned to make the use of biometric technology compulsory in the run-up to this election. But resistance from the government means that the commission retains the right to fall back on a manual system if the technology breaks down.

This is worrying for two reasons. First, candidates who fear they are losing and know that manual processes are less well insulated from manipulation have an incentive to make the technology fail. Second, technological problems will be interpreted as a sign of rigging whether or not they are, undermining confidence in the process.

Electoral turnout in the north-eastern region of Kenya has traditionally been poor. This is because of low population density and the fact that the region has historically been politically and economically marginalised. Given this, the high official turnout of over 80% in 2013 surprised many. There were suspicions that the turnout may have been artificially inflated by adding ballot papers in the name of voters who did not actually go to the polls.

Ballot box stuffing in the north-eastern part is particularly viable, because it’s the most remote part of the country. It is also an area prone to terrorist attacks. As a result, it is a place that international election monitors tend not to visit, which opens to the door to electoral abuse.

Many Kenyan polling stations are split up into a number of “streams” to allow people to be processed more quickly. Another allegation about the 2013 election is that in some cases fake polling streams were set up so fraudulent votes could be added. In other words, the suggestion is that while real voters cast their ballots in one or two real polling streams, the ballots of people who had not turned out were artificially added to a made-up stream and then submitted.

This would be a smart way to rig an election. While the figures for polling stations are often recorded, the exact figures for polling streams are quickly lost. Indeed, because the results from polling streams are merged to generate polling station totals, which are then merged to generate constituency totals, it is possible to hide suspicious results from a stream – such as turnout in excess of 100% – because once everything is collated the final result may not look that exceptional.

One of the classic forms of election rigging is to change the results as they are being transferred from the polling station or constituency level to the national tallying centre. In 2013, the failure of a new results transmission system run through a mobile phone app generated concerns about electoral manipulation during the vote tallying process. This was especially when it became clear that in some cases the security forces had been deployed to bring results back to Nairobi.

This was also a major source of concern in 2007. European Union monitors found that there were serious discrepancies between the results they observed being released locally and those that were subsequently read out nationally.

How to stop election rigging

There may be no plans afoot to rig the elections, but in matters of such great importance it’s better to be safe than sorry. So how can the process be safeguarded?

When it comes to the risk of the vote being inflated in North Eastern, the answer is straightforward: international election monitors need to overcome their risk aversion and ensure that the region is thoroughly covered. Deploying a parallel vote tabulation based on a sample of polling stations would also make it possible to tell whether turnout is artificially high.

The solution to the fiddling of election figures is also straightforward, although it will require political will. If the electoral commission agrees to accept the constituency level results as final – unless there are exceptional cases that would require a full and transparent investigation – domestic observers and the different political parties will be able to record all of the results as they are announced, and use these to ensure that the national total adds up.

That leaves the more tricky issues of fake polling streams and the breakdown of election technology. It is tempting to think that the solution to a breakdown is a technical one – that if the electoral commission learns from its previous mistakes it will be possible to ensure that the system works. But if the threat to the electoral process is political rather than logistical, better preparations will not help.

This conclusion is probably not one that the parties themselves will want to hear because it involves a lot of hard work and expense. But it is the only thing that will guarantee that the outcome of the election represents the will of the people.

How should African countries hold elections during the pandemic?