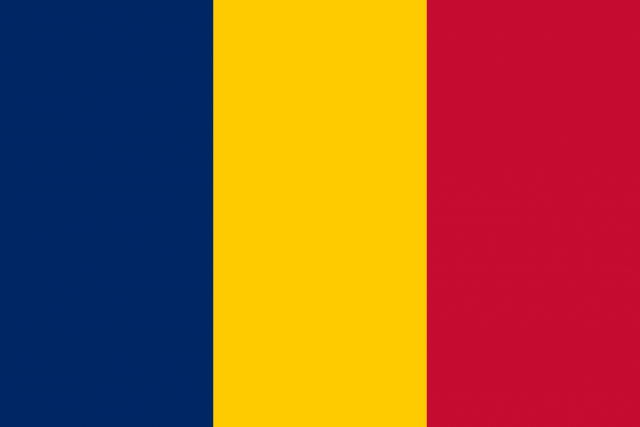 Judith Scheele and Julien Brachet tell us about their research in Northern Chad. This work asks how we can understand ideas and practices of traditional authority, and what these mean for our understanding of the state. Judith Scheele is a Post-Doctoral Research Fellow at All Souls College, University of Oxford. Julien Brachet is a Marie-Curie Research Fellow at Queen Elizabeth House, University of Oxford. Their work was recently published in Comparative Studies in Society and History.

In January 2012, a large number of Teda (or ‘Tubu’) assembled in Zouar, in the Chadian Tibesti Mountains, to celebrate the investiture of a new ‘sultan’, the ‘derdé of the Tubu’, as the official invitation put it. It was the largest investiture ceremony in people’s memory: it was attended, for the first time in decades, not only by Teda from Chad and Niger but also by their Libyan cousins, who, due to the open borders of the post-Qadhafi era, turned up in large numbers. Equally noticeable was the strong presence of the Chadian state, represented by three ministers and a large army detachment. A few international dignitaries also showed up, indicating transnational strategic interest in the region. Yet the ceremony itself was short, disorganized, and much criticized by those who attended, as too state-focused, disorganized, and exclusive. From a local perspective, in any case, what mattered most was not the ceremony itself but the material wealth displayed at the party that accompanied it, in which all could partake, if only for a short time. This noticeable preference for wealth over long-term strategies of power provides a window into local imaginings of politics that value redistribution and conspicuous consumption – fleeting moments of glory – over notions of institutional governance or control.

Since the 1990s, increasing emphasis has been put in Africanist literature on the apparent re-emergence of traditional authorities: on the ‘return of the kings’, in Perrot and Fauvelle-Aymar’s terms. This phenomenon is generally related to a broader narrative of state collapse or privatization, with the prominence of ‘chiefs’ seen as one of many ways in which states on the continent have been restructured since the end of the cold war. In this reading, ‘chiefs’ step in to fill a local or even national ‘power-vacuum’, thereby indirectly consolidating the state. At first glance, the investiture of the Tibesti derdé seems to provide another instance of these dynamics: the Chadian state appears to be taking part in a textbook attempt to ‘double up’ bureaucratic and ‘traditional’ authority, to the greater strength of both. A closer analysis, however, raises questions that an exclusive focus on ‘power’ and ‘governance’ cannot answer. Both colonial sources and the limited available literature on this issue stress the absence of centralized political institutions in the Tibesti and northern Chad more generally. This has not changed, despite colonial and post-independence attempts at control or institutionalization: the derdé-ship is a hollow institution, and this seems to be why it is broadly accepted and even popular. Meanwhile, contemporary Chadian state control of the Tibesti is based on a delicate balance between short-lived public affirmation of military might, state sponsorship of local dignitaries, and judicious laissez-faire. Questions about the ‘real political influence’ of the derdé, or about governance and the restructuring of the state, remain thus necessarily unanswered. In fact, for many, they seem incomprehensible or, at best, irrelevant.

Similarly, it is difficult to talk about the Chadian state in terms of decline because, according to external criteria, it has been ‘failing’ ever since its colonial inception. It is thus the state’s resilience rather than its ‘failure’ that should attract our attention. This resilience – as well as outside impressions of failure – are rooted in different notions of what states are for. Although the state in contemporary Chad is seen to do many things – most conspicuously, distributing cash to avert rebellion – ‘governing’ rarely seems to be one of them. This is particularly true in the north of the country, which has never accepted anything but token state rule, despite the fact the country’s last three presidents (all of whom came to power through a coup d’état) and a large part of its armed forces originate from this region. The image of verticality and encompassment that Ferguson and Gupta identify as central to state ideology elsewhere are thus reversed: most of northern Chad, and in particular the Tibesti, is not encompassed by the state. Rather, the state is encompassed or rather restructured from its (geographical) margins. This is even more so in the Tibesti, where, due to the close vicinity of Libya, the state has to vie with other potentially more lucrative sources of income. Most inhabitants of northern Chad have in fact spent at least parts of their lives in Libya, which offers alternative sources of prestige, education and, most importantly, wealth; and for Libyan Teda, the investiture ceremony was first and foremost an occasion to bolster their own claims to social and political recognition in southern Libya, which was then as it is now the theatre of violent clashes between Tubu-, Arabic- and Tamacheq-speaking populations. This delocalized renegotiation is possible because the complex tissue of networks and alliances that inform the border area cannot be reconciled with the current emphasis on local identity in post-Qadhafi Libya. In this border area, the continuing close connections between northern Chad and southern Libya exemplify the renewed visibility, observable more widely on the continent, of longstanding historical regions based on exchange rather than (national) political control.

Geographically marginal in terms of nation-states and regions, northern Chad has thus created its own centrality, one that owes more to trans-border connections and repeated (and often successful) attempts to capture state resources than to ‘governance’. Rather than participating in the ‘return of the kings’, or bearing witness to the privatization of the state, the derdé investiture ceremony hence seems to be symptomatic of radically different political aspirations, in a region whose ‘modern statelessness’ seems to be a deliberate choice rather than a default position.