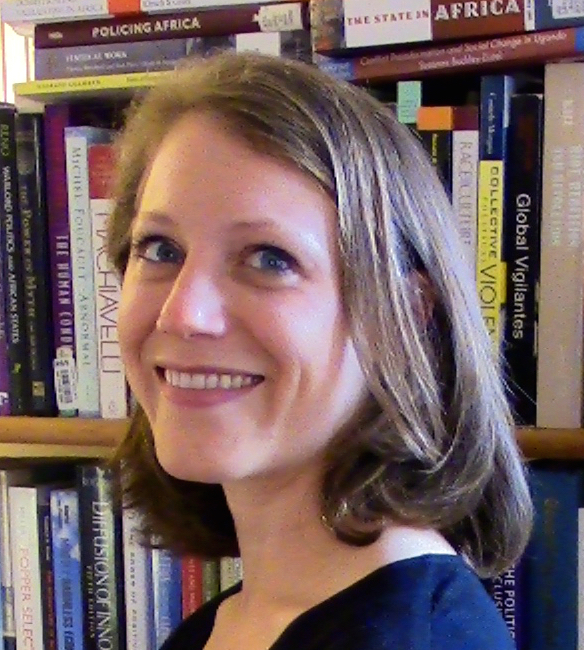 In the run up to Uganda’s elections this week, a great deal of attention has been focused on the country’s Crime Preventer Program. Here, Rebecca Tapscott argues that Uganda’s Crime Preventer program is not just another manifestation of African electoral violence. It is a day-to-day strategy of governing and controlling one of the most threatening segments of the population—young, unemployed and disenchanted youth. It is important, she explains, not to demonize Crime Preventers as militias in thrall to the President. Instead, we must understand that the majority of Crime Preventers are unemployed youth struggling to support their families, and taking the best opportunity they can find. Rebecca is a researcher for the Justice and Security Research Programme in northern Uganda and a PhD candidate at the Fletcher School at Tufts University.

In Uganda’s upcoming elections, the three-decade autocratic incumbent is favoured to win. With all the country’s resources behind him, he almost certainly will. Yet faced by a potentially serious challenge from his erstwhile Prime Minister, the government (i.e. the President’s party) is beefing up its ‘Crime Preventer’ program. This is a community policing initiative that, many argue, has been formed to intimidate political opposition through verbal and physical coercion. Crime Preventers have received domestic and international news coverage over the past year. Reports follow a general template, describing yet another African election at risk of being stolen by armed militias, and watching as tensions mount.

I have been studying vigilantes and Crime Preventers in Uganda for two years. In interviews, respondents unanimously agree that young Ugandans participate in this program because they are desperate for employment, and their only options appear to be in the security sector. This desperation is unrelated to the elections. Understanding Crime Preventers as a tool of electoral violence is akin to treating a symptom and ignoring the cause. Doing so preserves the foundations of political violence and fails to tackle an environment that is conducive to civilian militias, particularly during potential political transitions.

The problem is youth unemployment, not militias. The septuagenarian President Museveni rules the youngest country in the world, with the highest unemployment rates in Africa. He is emblematic of many other ageing African autocrats, who must control a large population of young, unemployed, and dissatisfied youth to retain power. Against this backdrop, the Crime Preventer program, which has existed in some form for over a decade, has exploded in size. The government claims it has recruited millions of Crime Preventers (although many believe these numbers are inflated). Young men are queuing up to participate in a program that pays them nothing and requires them to conduct military drills (mostly marching) for hours on end in the hot sun week after week. Understanding why youth—and particularly men—do this work tells us a great deal about the prospects for political stability in Uganda, along with Burundi, Kenya, Cote d’Ivoire, and other countries with autocrats, troubled political transitions, and a youth bulge.

Who are Crime Preventers?

The majority of Crime Preventers are men between the ages of 20 and 35, unmarried, living with girlfriends and young children. They are underemployed, working in casual labor, subsistence farming, or small-scale enterprises. Based on my research in northern Uganda, they earn approximately 12 USD per week doing small jobs to support themselves and their families. Most of those interviewed explained that the police and politicians in the ruling regime promise them livestock, material goods, interest free loans, one-time cash payments, and future employment with the police when President Museveni is re-elected. Organizers champion these promises and frame Crime Preventers as a tool to bring financial empowerment to participants. One senior member of the Crime Preventers told me in an interview that, in current economic conditions, Ugandan youths are like slaves, ‘because they cannot make their own income and be independent. So [Crime Preventers] bring[s] them financial activities.’

In most cases, these promises made to Crime Preventers are empty. Participants often discuss the 2011 election cycle, when a small subset of Crime Preventers were given a one-time payment of approximately 90 USD, and even fewer were incorporated into the police. Most received no remuneration for their services. Today’s participants are aware of this, but argue that they cannot afford to ignore any possible pathway to employment. One Crime Preventer expressed the contradictions he feels in accepting the work: ‘We need the money of the government because we are the jobless people. They say they care about us, but what we’re doing is not good [because it is political]. But we went there because of the money.’ As a reflection, he added, ‘[Even] when you support them, there is nothing we shall gain from them.’

The government is aware of the risks of recruiting and organizing dissatisfied youth who are only in it for the cash; it hands out just enough carrots to keep them keen and obedient. Most recently, Crime Preventer Coordinators at the sub-county level received motorcycles, which are nominally intended to improve intelligence gathering and mobilization. In practice, some are being used for motorcycle taxi businesses. Also, there are reports that Crime Preventers at the highest levels are being paid token salaries of approximately 30 USD per month. One Crime Preventer explained to me, ‘Our numbers are too many…We are almost [at] voting time… They have to talk for us sweet things so people should not go away.’ Some sophisticated participants also see Crime Preventers as a stepping-stone for future political careers, and use their role in the program to distribute resources, build popularity, and make connections within the government and the security system. Others participate in Crime Preventers to make connections to the police in order to facilitate quick release for friends and family under arrest.

Alongside the faint promise of a better life, many Crime Preventers enjoy participating in trainings and other activities to avoid both ‘being idle’—a highly stigmatized characteristic, in a traditionally communal society in which contributing to the group justifies belonging—and also to find camaraderie. Although participants are referred to as ‘youth’, their families, neighbors and communities expect them to be ‘men’, which means providing for others. One of the few alternative ways to provide for a family is through subsistence farming, which many youth despise because it is traditional, hard and lonely manual labor, and because it is increasingly difficult with changing weather patterns. Crime Preventers provides an unusual opportunity for structured socialization with peers in an activity that is framed as a gateway to employment.

In addition to carrots, the government also uses sticks to keep Crime Preventers loyal to the government. Police and public officials threaten to arrest participants who criticize the program—something which Crime Preventers are eager to avoid as they have seen first-hand the physical and economic costs of penal detention. According to my research in northern Uganda, 65% of young men participating in local security initiatives have been arrested at least once. Crime Preventers are also kept in line with threats of dismissal and immediate replacement by another eager recruit.

How should we understand Crime Preventers?

As one local leader in the government party told me, Crime Preventers ‘kill two birds with one stone’—they may intimidate other civilians to vote the ‘right’ way, and perhaps more importantly, Crime Preventers will vote for their boss and patron—President Museveni. However, it is important not to demonize Crime Preventers as government backed militias. Rather, they are youth struggling to support their families, and taking the best opportunity they can find. As one Crime Preventer succinctly explained, ‘[If you get the job], you have to like the job. There is no [other] way I can get money. Whether it is good or bad, you are in a system so you continue with them. But your heart it beats differently.’

Development doesn’t happen in election cycles. In Uganda, as in other countries, it is essential to have a long-term focus on job creation and ongoing security sector reform. Rather than demanding that the government abolish Crime Preventers to achieve the appearance of democracy, the international community would do better to insist on investment in livelihoods outside the security sector.