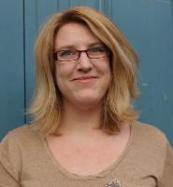 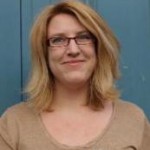 A precondition for sustainable peace and democracy is the acceptance of new ways of solving political problems without resorting to arms. Post-war elections can provide an important opportunity to test the legitimacy of the new regime. Citizens’ voices are rarely heard in academic discussions over the legitimacy of elections in post-war environments.  And yet the understandings and interpretations of elections by ordinary citizens is crucial to our understanding of this issue. Ex-combatants represent the segment of the population that had most directly challenged and questioned the legitimacy of the past regime in Liberia, through their armed resistance. Therefore, they make a particularly interesting focus for research on perceptions of post-conflict polls.

Following a fourteen-year civil war (1989-2003), Liberia conducted elections in 2005, and then again in 2011. The extraordinary elections of 2005 saw the election of the first female president in Africa, Ellen Johnson Sirleaf. External and formal evaluations of the election would deem them  competitive, free, and fair: They certainly helped move Liberia away from war and toward democracy. Ex-combatants, however, did not trust the results and felt abandoned after the elections. Such sentiments stand in the way of further deepening democracy in Liberia and may set the stage for violent mobilisation in the future. Contestation over, and distrust of, election results, can result in individuals questioning the legitimacy democratic institutions and, by extension, the legitimacy of democracy itself. Experiences of legitimacy, or the lack thereof, can therefore create either virtuous or vicious circles, which determine whether a democratic culture takes root. In our understanding and evaluation of the process of democratisation, it is the repeated experiences with elections that matters. We need to ask: what happens over time as individuals gain more experience with democracy? To answer this question, I explore how ex-combatants responded to the elections that were held in 2011.

The position of the president’s party, Unity Party (UP), was strengthened in 2011, as it gained additional seats in the Senate and the House of Representatives, and merged with two other parties. The party still lacks a majority in either house, but they are the largest party in both. On 11th October 2011, the incumbent President, Johnson Sirleaf, received the most votes (43.9%), followed by the Congress for Democratic Change (CDC) ticket of Winston A. Tubman and George Weah (32.7%). While the electoral turnout was slightly smaller, in per cent, for the first round in 2011 compared to 2005, more people voted in total. CDC made allegations of fraud in the first round and partiality on the behalf of the National Election Commission (NEC), and therefore boycotted the second round. Improprieties on behalf of NEC, with faulty tallies of the results, eventually lead to the resignation of the NEC Chairman. On the eve of the second round, CDC organised a demonstration, prompting an intervention by the police. During these events, at least one person was killed, and in the months leading up to the elections, several UP candidates were attacked. On 7th October, a few days before the first round, Ellen Johnson Sirleaf was, together with Leymah Gbowee and Tawakkol Karman, awarded the Nobel Peace Prize for her work to include women in peace-building. During the second round, on 8th November, voter turnout decreased considerably (38.6%). In the second round, 90.7% voted for Johnson Sirleaf and only 9.3% voted for CDC. This decrease in turnout and change in voter preferences was mainly a response to the CDC boycott.

In my article, ‘Second time around: Ex-combatants at the polls in Liberia’, I address how their second experience with elections has changed the ex-combatants’ relationship with democracy and their evaluation of its legitimacy. During my research, I re-interviewed a number of ex-combatants concerning their electoral experience from 2005 and 2011. It became clear that ex-combatants accepted the outcome of the election in 2011 far more than the election in 2005. This remained true even amongst those with stronger beliefs that fraud had occurred in the latter. That said, the dividing lines between ex-combatants were stronger in this round: those who were more politically marginalised and did not support the ruling party, were also more radicalised.

There were three key ways in which questions of legitimacy emerged in relation to the election: Firstly, ex-combatants signalled the extent to which the elections were seen as legitimate when they decided on the extent to which they would participate in the process. Secondly, their interaction with the institutional landscape surrounding the elections influenced their perceptions of legitimacy. Finally, the ex-combatants’ perceptions of the integrity of the electoral process were a direct evaluation of the election’s legitimacy. In the article I go into more detailed analysis of these three areas.

The electoral involvement of the ex-combatants was very pronounced. Their previous sense of alienation from politics seems to have been overcome. The political realignment of several of the ex-combatants is also noteworthy, often explained in calculated terms and based on an evaluation of specific individual’s past performance. In general, the ex-combatants expressed a strong sense of being able to hold politicians to account. The idea that elections could be used to make leaders accountable was not present in earlier interviews, signalling an important deepening of the democratic political culture. This seems to indicate that an electoral learning process has occurred. However, this shift was not equally prominent amongst all the ex-combatants interviewed. While the ex-combatants in general indicated extensive electoral participation, the CDC supporters tended to abstain in the second round of voting because they claimed that the elections had been subject to fraud. Even this abstention, however, shows the importance they accorded to elections as an idea: they felt that whether or not they decided to participate mattered.

Certain aspects of the institutional landscape were particularly important in shaping ex-combatant’s perception of electoral legitimacy. Those who felt that institutions had improved since the last elections were likely to see the second elections as legitimate. Progress was experienced in the following areas: increased access to polling centres, increased domestic ownership of the process, increased transparency in reporting election results; increased participation of more informed voters; stronger freedom of speech; less duress; more competition. However, ex-combatants’ objected to what they saw as the recycling of (older) political elites; a lack of responsiveness amongst some politicians and political parties. For many ex-combatants politics had become highly personalised. Their interaction with the institutional environment demonstrates how the citizenry constitutes an important link in determining the overall legitimacy of the election.

Finally, ex-combatants’ reflections on the integrity of the electoral process had a direct impact upon their assessment of electoral legitimacy. Regardless of their political affiliation, they felt that the boycott had detracted from the democratic quality of the election. Largely, however, electoral procedures were seen as legitimate and the ex-combatants believed that peoples’ voting decisions had been based on their evaluation of people’s past performance, rather than being driven by external interference. The key caveat to this conclusion is the sense of fear that, many ex-combatants felt, had imbued the electoral process. Even though the amount of actual violence at the polls was rather limited, they believed that a fear of violence had impacted voter behaviour in many ways, by shaping peoples’ campaigning behaviour, their party choice, and the likelihood that they would abstain from polling altogether, possibly reinforcing a vicious circle. Being able to practice one’s democratic citizenship free of fear is essential for democratisation to continue, but this was not the context described by the ex-combatants interviewed for my article. Ex-combatant’s experiences of fraud and corruption and their sense of fear were the strongest threats to the integrity of the electoral process. Ultimately, despite the positive findings uncovered in my research, these factors seriously threatened perceptions of electoral legitimacy amongst ex-combatants in Liberia.