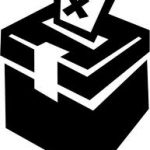 What next for Sierra Leone? Two transfers of power have led to hope that the country will prove to be one of Africa’s most surprising democratic success stories. But many problems remain, including corruption, politicized communal identities, youth unemployment, and rising prices. With the elections just days away Jonathan Balla, a Research Manager at Africa Research Institute, and Sareta Ashraph, who has lived and worked in Freetown, consider the prospects for peace and democracy.

In the late 1980s, a common joke told on the streets of Freetown was: “What did Sierra Leoneans read by before they had candles? … Electricity!” By then, life expectancy in Sierra Leone was one of the lowest in the world. Infant mortality was amongst the highest. The literacy rate was just 15%. Since 1978, the country had been a one party state. The effects of a collapse in world prices for Sierra Leone’s exports were compounded by decades of economic mismanagement and endemic corruption. When Albert Margai left office in 1967, after three years as prime minister, he was worth an estimated US$250m – despite receiving an annual salary of just US$4,000. In 1985, when President Siaka Stevens stood down, he is said to have amassed a fortune of US$500m. The Bank of Sierra Leone, in contrast, held US$196,000 in its foreign reserve accounts. Salaries of lower level public officials went unpaid. Hospitals, schools and roads fell into disrepair. In 1991, the United Nations ranked Sierra Leone last of 160 countries in its Human Development Index. The country was taking its final steps towards war.

On the eve of the November 2012 presidential, parliamentary and local council elections, Sierra Leone is often depicted as a country unrecognisable from a quarter of a century ago. Since the civil war officially ended in 2002, consecutive national elections have been won by different parties. When Ernest Bai Koroma and his All People’s Congress (APC) party were elected in 2007, the incumbent Sierra Leone People’s Party (SLPP) accepted defeat – albeit reluctantly. In 2005, the United Nations’ largest deployment of peacekeepers – numbering 17,500 at its peak – was withdrawn. In 2012, Sierra Leone committed 850 peacekeepers to the African Union Mission in Somalia (AMIS). International hotel chains Radisson and Hilton Worldwide have signed agreements to open outlets in 2013 and 2014 respectively. Free health care for pregnant women, nursing mothers and children under five was introduced in April 2010. According to some estimates, Sierra Leone’s economy will grow by 34% in 2012 due, in large part, to the onset of iron ore exports.

The achievement of voting the opposition to power in 2007 – an infrequent occurrence in Africa – was tarnished by virulent accusations of fraud and manipulation. The decision by the National Electoral Commission (NEC) to nullify votes cast at polling stations with over 100% voter turn-out provoked outrage from the incumbent party. Of the 477 invalidated polling stations, 426 were in electoral strongholds of the SLPP. The party accused the NEC’s Chief Commissioner, Christiana Thorpe, and the international community of connivance in an orchestrated scheme for regime change. The NEC maintained that, in the absence of a provision in the electoral law specifying the body mandated to annul votes in instances of unambiguous electoral malfeasance, it had the de facto right – and responsibility – to do so. It also insisted that the annulled votes would not have affected the final outcome of the election. The SLPP countered that only the Supreme Court has the authority to cancel votes.

For the 2012 elections, the principal way the NEC has sought to mitigate electoral fraud is by implementing a system of biometric voter registration. “Credible elections start with credible voter registration”, remarked Christiana Thorpe during a presentation at Africa Research Institute in London in July 2011. Rather than manually registering voters before each election, biometrics enable creation of a permanent electronic register which can be updated as new voters become eligible or existing ones die. The system captures unique data – thumb prints and facial features – in addition to personal details, and can identify whether someone has registered more than once by centrally matching thumb prints. The NEC’s determination to improve the integrity and transparency of the electoral process is laudable.

The shortcoming of biometric technology is that it counters the symptoms – not the causes – of electoral fraud. Biometrics cannot detect whether a registrant is underage, or determine an individual’s nationality. There is also no evidence of a deliberate strategy by any political party to rig elections through multiple registrations. All previous electoral registers have contained names of the deceased, the underage and foreign nationals – but the most significant type of electoral misdemeanour has been physical stuffing of ballots and false recording of results by temporary election workers. Both parties, when in power, have used their position to fund political campaigns and buy voters. This practice remains widespread. Political parties continue to organise and condone the intimidation of voters, often perpetrated by their youth wings. Biometric technology offers little scope to tackle these transgressions. Elections are more than just a technical exercise.

For many, elections – and the preceding campaigns – provide the true measure of how Sierra Leone has progressed. As yet the fundamental character of political competition in Sierra Leone has not been altered. Identity, not ideology or policy, remains the paramount factor. Ethnic and regional voting blocs – sustained by entrenched patronage networks and corruption – are as rigid as ever. The APC draws majority support from the Temne, Limba and other northern tribes, and Krios of the Western Area, while the SLPP are favoured by the Mende and tribes of the south-east. Elections are regarded as “winner takes all” contests with defeat entailing exclusion and disadvantage for the losers, and their regions.

The past is still utilised in pursuit of political advantage. Shortly after Julius Maada Bio was elected leader of the SLPP in July 2011, there were renewed calls for an inquest into the December 1992 executions of 26 people suspected of plotting to overthrow the government. The extra-judicial executions – by firing squad – were ordered by the National Provisional Ruling Council (NPRC), which had itself seized power by force in April 1992. Britain promptly suspended aid to Sierra Leone. Maada Bio, one of the chief architects of the NPRC coup, was heavily implicated in the executions. In January 1996, Maada Bio ousted NPRC leader Valentine Strasser and for a short time was head of state. With former members of the NPRC junta now prominent within the SLPP, the calls for an inquest were viewed as brazen political manoeuvring by Koroma and the APC.

In 2011, when Michael von der Schulenburg, then Executive Representative of the UN Secretary-General in Sierra Leone, criticised the proposed inquest, relations with President Koroma soured. In 2012, in a leaked UN document, Schulenburg noted “there can be little doubt that the decision of the President to force my early departure will be seen – rightly or wrongly – by virtually every Sierra Leonean as an effort to remove a potential obstacle to his re-election and as an opening the door to manipulating the election outcome in his favour”.

Political parties still use violent means to achieve political goals. Election campaigns for the 2007 elections were tarnished by clashes organised by the upper reaches of the APC and SLPP. A return to war was never probable, but President Ahmed Tejan Kabbah threatened to suspend the vote and impose of a state of emergency. On 9th September 2011, during a “thank you tour” to SLPP supporters, Julius Maada Bio’s convoy was pelted with rocks by mobs of APC supporters in the southern city of Bo. Maada Bio required stitches to the head. SLPP mobs retaliated by setting fire to the APC district office and residential properties. A public enquiry concluded that the violence was both premeditated and orchestrated by elites of both parties. The government’s recent purchase of US$4.5 million of predominantly military grade weapons caused a public outcry due to suggestions that they were intended for the Operational Support Division (OSD) of the police – a force which within living memory had been used by President Siaka Stevens as a personal paramilitary unit. After much public – and international – pressure, the government transferred the weapons to the army for use by Sierra Leonean peacekeepers in Somalia.

Sierra Leone remains beset with privation that pre-dates the civil war. Koroma’s insistence that “attitude is everything” – a slogan ubiquitously plastered across billboards in the capital – offers little solace to Sierra Leoneans who were promised a “peace dividend”. In reality, many people find themselves in a similar financial predicament to that of pre-war days. Hype regarding the country’s economic potential and the unprecedented scale of investment in the mining sector have raised expectations – but offered few discernible benefits to ordinary Sierra Leoneans. The purchasing power of low income earners has halved since 2007. Food prices have spiraled. A cholera epidemic concentrated in the slums of Freetown had killed 392 residents by September 2012. Youth unemployment remains endemic.

Sierra Leone’s 2012 elections are unlikely to reveal anything new about the country and its politics. President Koroma is expected to win a second term, but not because he has transformed the country’s economy. The incumbent has deployed clever tactics, co-opting proxy parties – including the Revolutionary United Front Party – to carry out political dirty work, and enticing high profile SLPP politicians to defect, most notably veteran Tom Nyuma formerly of the NPRC. The contest is proving harder fought than Koroma – and many in the international community – anticipated. Efforts to dismiss Maada Bio as a relic of Sierra Leone’s authoritarian past have met with resistance due to his popularity amongst “youth” and the military. But despite his charismatic appeal, many in the country consider Maada Bio to have more style than substance.

In Sierra Leone, the process of building a modern democratic state after a decade of war has been heavily contested. Important progress has been made, particularly in the area of electoral management. But legacies of identity politics, violence, corruption and inequality have been – and will continue to be – harder to overcome. While the economy has grown, it is structurally little different to its pre-war incarnation. The notion that African countries like Sierra Leone should pursue a model of “authoritarian developmentalism” in order to hasten wealth and job creation is fanciful. Sierra Leone’s government budget is minuscule, about US$500m per annum, most of which is from donors who insist on democratic and liberal economic reforms in exchange. The government is not in a position to adopt political and economic policies that will inevitably be unpopular with donors. Nor does it possess the human capital or institutions to successfully implement such measures.

What is certain is that any further consolidation of democratic reforms will be intimately tied up with the state of the country’s economy. But the imperatives of how to create employment and distribute wealth more equitably have been keenly avoided by Sierra Leone’s political class.