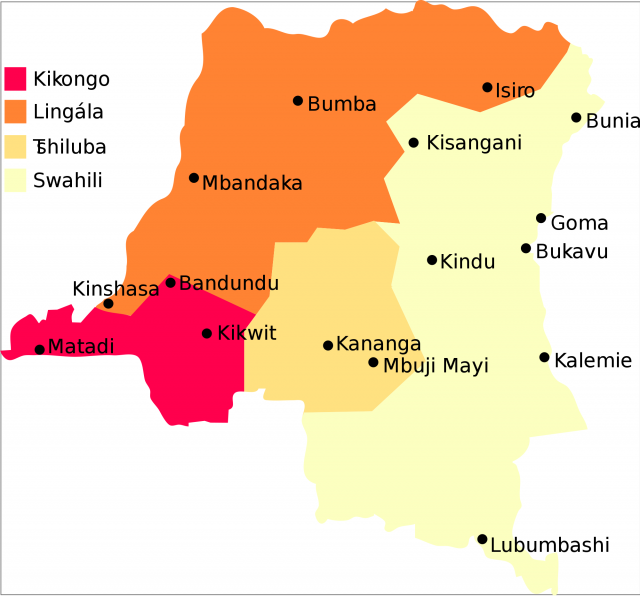 Pierre Englebert argues that the 2015 break-up of Congo’s provinces has “upended politics”, creating second- and third-order challenges for Congo’s next government.

“Shikata,” or “remain seated” in Swahili, claim the posters on Congolese President Joseph Kabila’s effigy in the streets of Lubumbashi. But while everyone’s attention is focused on the regime’s contortions to stay in power, despite constitutional impediments to doing so and deep domestic discontent, the 2015 break-up of Congo’s existing provinces has upended politics below the surface with far-reaching consequences for the current regime and potentially destabilizing effects for whomever inherits the state come the end of this year (assuming that elections that have been repeatedly postponed actually take place on schedule this coming December 23).

One of the reasons for the increase from eleven to twenty-six provinces was to break up Katanga and deprive its governor, key Kabila opponent Moïse Katumbi, of his provincial base. Beyond such political expediency, however, this policy’s main effect has been to create ethnically homogeneous provinces. As Alma Bezares Calderon, Lisa Jené, and I write in a recent report for the Secure Livelihoods Research Consortium, up to eleven of Congo’s provinces are made up primarily of a single ethnic group. This is an increase from three provinces with a single ethnic group prior to this policy.

According to our estimates, the Ngbandi (the ethnic group of late dictator Mobutu Sese Seko) are now 59 percent of Nord-Ubangi’s population; well-known opponent Jean-Pierre Bemba’s Ngbaka are 54 percent of Sud-Ubangi; the Tetela of independence hero Patrice Lumumba (and of current government spokesman Lambert Mendé) are 76 percent of Sankuru; the Yaka are 77 percent of Kwango; Kabila’s Lubakat (by his paternal grandfather) are 80 percent of Haut-Lomami, Felix Tshisekedi’s Luba are 82 percent of Kasai-Oriental, and the Mongo are 92 percent of Tshuapa.

None of these groups formed a majority in their previous provinces. For Congo as whole, the largest provincial groups now average 46 percent of their province’s population. This evolution has turned politics on its head. At the national level, heterogeneity dominates and no single group reaches 8 percent of the population.

Although “tribalism” has a bad name, this new trend is not necessarily a problem.  “Owning” a province might give local elites the incentive to develop it, and ethnic homogeneity can facilitate collective action. For many provinces, indeed, conditions cannot be worse than they have been.

A trip last month along 280 miles of “National Route #1” from Likasi to Kamina, in Haut-Lomami, took us twenty-two hours of continuous driving with a sturdy all-terrain vehicle, at an average of 13 miles an hour. Thank God it was the dry season! We saw more broken bridges and deep ditches than we could count, overturned and abandoned truck carcasses, and village after village of wretched poverty. Kabila’s “Revolution of Modernity,” a much vaunted development program that promised modern infrastructure, is but an empty slogan here. At the least, the Lubakat, who control 100 percent of the provincial government, have a shot at making things better for themselves.

Provincial tribalization also has its advantages for the regime. Inheriting power in their own province might make it more tolerable for some local elites not to have any in Kinshasa. And for citizens at the grassroots level, control of local institutions by their ethnic kin stands to legitimate the state. In a country where the voting instructions of local patrons carry weight, there will be electoral returns for the regime from the provincial break-up.

Yet, the new landscape also spells political danger. First, it creates significant instability in many provinces, as Kinshasa and provincial assemblies joust to control the selection of governors, who are crucial elements in Kinshasa’s strategy of local domination and resource extraction. Since 2015, there have been seventeen no-confidence votes against governors. These were sometimes orchestrated by Kinshasa to undermine exceedingly autonomous individuals, and sometimes by the provincial assemblies to push back against Kinshasa’s candidates. Either way, these motions consume local politics and leave little time for true governance. Most provinces have yet to pass any legislation.

The break-up of Congo’s provinces has also heightened the politics of exclusion. It has changed the nature of ethnic politics from a game of representation to a quest for monopoly. Historically, Congolese national and provincial governments have sought balance among ethnic groups. Even if your party was in the opposition, you could count on some ethnic kin being in a position of authority with access to resources. In a system where redistribution of resources along ethnic lines is a powerful norm, this system mattered.

Now, the elites of dominant ethnic groups are more likely to take over local institutions and keep others out. In every province that has an ethnic majority, the governor is now from that group. And in the former Katanga provinces where we did our field work, the representation of dominant groups in provincial institutions exceeds by far their demographic weight, implying that they squeezed others out of governance altogether. Thus, an increasing number of Congolese find themselves ethnically unrepresented in government, compounding their already deficient electoral representation.

Making things worse, the provincial reconfiguration has led to a rise in ethnic xenophobia. People who belong to ethnic groups that are deemed to be originally from a province (“sons of the soil”) increasingly claim that others do not have the same rights to local jobs and resources. Whatever the historical validity of such a determination, which derives from a mix of Belgian colonial practice and customary connection to the land, its practice tends to be highly arbitrary.

By our calculations, the provincial break-up has increased the number of Congolese who reside outside their province of “origin” by almost four million—for a total of about 20 percent of the population, who face increased vulnerability and exclusion from political representation and resource allocation. Similar autochthony demands have led to local conflict in Nigeria and caused full-fledged civil war in Côte d’Ivoire. Unless these preferences can be subdued by provincial authorities, they also threaten to have explosive consequences in Congo where violence already largely derives from exclusion and misery.

Pierre Englebert is a Senior Fellow at the Atlantic Council’s Africa Center, and H. Russell Smith Professor of International Relations at Pomona College.

This article first appeared on the Atlantic Council website. Click here to be taken to the original.