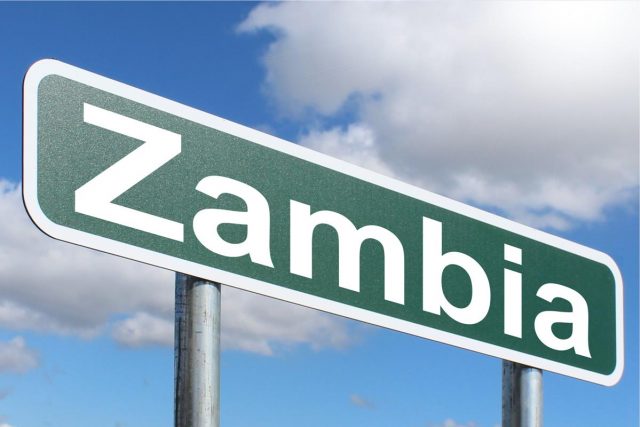 In this blog, Catherine Boone and Michael Wahman ask why so much uncertainty surrounds the outcome of the Presidential polls, which are due to be announced tomorrow. Catherine is a Professor of Comparative Politics and Michael is a Swedish Research Council Fellow. Both are at the London School of Economics and Political Science.

Following the death of Zambia’s populist president, Michael Sata, Zambians are preparing for yet another presidential by-election, the second in the last decade. Tuesday’s election is surrounded by a great deal of uncertainty. At this point it is not at all easy to predict a likely winner. The election is generally perceived as a two-horse race between the current minister of defense, Edgar Lungu from the ruling Patriotic Front (PF) and four-time opposition contender Hakainde Hichilema (popularly referred to as “HH”) of the United Party of National Development (UPND).

Electoral uncertainty is caused by a number of factors. First, there is a real lack of credible opinion polls. As in the recent Malawian election, polls often lack transparency and have been regarded as partisan instruments to boost the credibility of particular candidates. The most cited opinion poll for this election was a highly controversial poll conducted by Muvi TV, putting Hichilema at over 80% and Lungu at 6%. Second, the fluidity in the party system has created major realignment. PF has been rocked by internal leadership struggles, as has the former ruling party Movement for Multi-party Democracy (MMD). Remarkably, several MMD heavyweights have openly endorsed HH rather than the official MMD candidate, whereas former MMD president Rupiah Banda decided to campaign for Lungu after being denied a chance to contest as the MMD candidate.

A third source of uncertainty, the one we intend to concentrate on in this blog post, is the historically high voter volatility in the Zambian urban areas, especially Lusaka and the Copperbelt. When MMD defeated the ruling United National Independence Party (UNIP) at the reintroduction of multipartyism in 1991, they did so with the support of a broad coalition of interests. In the urban areas, they were virtually uncontested. According to our dataset of constituency level parliamentary election results, MMD won 95% of all parliamentary seats in urban constituencies in 1991. However, the popularity of the MMD among the urbanites quickly disappeared. After 15 years of incumbency, the MMD only managed to win 9% of the urban seats in the 2006 election, showing a remarkable decline in urban support. Since 2006, the PF has been the main party of the cities, winning almost every single seat. However, the upcoming election will test PF’s ability to maintain their urban support after having captured the presidential office. Results from earlier parliamentary by-elections in 2013 have provided at least some indications that the UPND might be gaining ground in the Copperbelt region, previously tightly held by PF.

The Zambian story illustrates a broader phenomenon in African politics: voting behaviour differs radically between urban and rural areas. In a recent working paper, we study electoral behaviour in 28 African parliamentary elections (Botswana, Ghana, Kenya, Malawi, Tanzania, Zambia and Zimbabwe) using data from almost 2000 parliamentary constituencies. We find a statistically significant difference between urban and rural constituencies in their propensity to “swing away” from the incumbent party, i.e. to elect an oppositional member of parliament, rather than re-elect a candidate from the incumbent party. This finding challenges some traditional assumptions in African electoral studies, where local brokers and communities have been said to create lasting clientelistic relationships with patrimonial ruling parties, and voters are presumed to base their vote choice on highly stable ethnic cleavage structures. Our findings suggest that the level of voter autonomy varies greatly across space, and that voters in different types of constituencies are more or less likely to re-evaluate their support for the ruling party. So why have incumbent parties found it difficult to maintain their urban base? The literature has suggested three prominent explanations;

1)      Sub-national variations in democracy. As several analysts of electoral politics in predominantly agrarian societies have noted, prospects for real political competition vary significantly across space. Urban areas are characterised by higher levels of income, education, mobility, and connectivity to telecommunications and the media. Rates of education, literacy, access to social services, formal-sector employment are higher in the cities. Mamdani argued that the very “form of rule” in urban Africa differed from that prevailing in rural areas. Boone develops this argument, showing that in the rural areas, ordinary citizens are often subject to the extra-economic coercion exerted by rural strongmen such as chiefs; are often dependent upon local strongmen and notables for access to government bureaucracy, social services, justice, and security; and often depend on the goodwill of local elites (who often linked to the ruling party) for access to land, pasture, and credit. In local and legislative elections, rural voters (especially those in poorer and more remote constituencies) often have less electoral choice than their cousins in the cities. Urban voters, by contrast, are more difficult to monitor and surveil, and have the advantages of higher levels of literacy, cash income, connectivity, mobility, and information. In Zambia, the MMD was famous for their deliberate efforts to use dense patronage networks and social control to make sure that rural voters in key strongholds were registered to vote.

2)      Opposition strategy. A prominent obstacle for most African opposition parties is that they suffer from a severe resource disadvantage in relation to the incumbent counterparts. Incumbent parties routinely use state resources in their campaigning to woo voters and attract locally-established candidates. In Zambia, the law enables the president, vice-president and their entire entourage to use state resources whenever they travel. This prerogative has traditionally been used liberally in election campaigns. Opposition parties, however, need to concentrate their electoral efforts. When doing so, they often need to focus on areas where population density is high, communication adequate and voters more persuadable. Resnick also made the argument that opposition parties, in lack of the resources to create an effective ethno-clientelistic appeal, have often relied on a more populist appeal tailored to urban voters. Material handouts are a common feature in African elections, also in Zambia. In the distribution of material benefits the incumbent will always be advantaged. In the 2011 Zambian election, “don’t kueba”(roughly, “don’t tell them”) became Sata’s slogan, indicating that it was perfectly acceptable pretending to be an MMD supporter in order to receive their gifts, as long as you still vote however you desire. In urban areas with large polling stations and lower social control, effective monitoring is hard to uphold and vote buying likely to be more ineffective.

3)      Public policy. Some analysts have made the point that the neo-liberal policies pursued by most African incumbents have generated high levels of dissatisfaction among urban voters. In the traditional idea of the “urban bias” of the African one-party state, it was argued that public policy favoured urban areas over rural interests because incumbents feared urban civil unrest. The clearest indication of “urban bias” was in trade and tariff policies, which shifted relative prices in favour of consumer goods and against agricultural products. Since the 1990s, however, “urban bias” has given way to more rural-favouring policies. Bates and Block have argued that in the era of multiparty competition, incumbents realise that they need the support of rural voters to gain re-election. Pro-rural policy shifts may also reflect a desire to appease foreign donors. In Zambia, such policy shifts have often come at the expense of urban voters. The MMD faced significant urban opposition due to liberalised trade policies, taxes on consumption and income, and privatisation of state-controlled manufacturing industry. The Sata administration’s decision to scrap food and fuel subsidies increased the price on maize, and led to urban protests.

The three explanations offered above are not mutually exclusive. All could play a part in explaining the general electoral volatility of African cities. More research is needed on the extent, consequences and causes of sub-national variation in African electoral behaviour. It will certainly be interesting to see whether the PF will hold on to its dominant position in Zambia’s urban centers, or if the Zambian election will constitute yet another example of declining urban support for an African ruling party.

This blog was originally posted on Africa at LSE and is reposted with thanks.

How committed is Zambia’s new government to achieving gender equality?