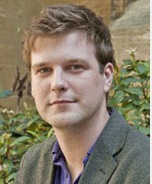 Kicking off our new series on the politics of (im)mobility, Will Jones explores why the Rwandans that he spoke with were so reluctant to refer to themselves as members of the diaspora. Will is a Departmental Lecturer in Forced Migration at the Refugee Studies Centre. He works with Alexander Betts on the project ‘The Nation Outside the State: Transnational Exile in the African State System’ as part of the Leverhulme Oxford Diasporas Programme.

Rwandans – often Tutsi – consider themselves as … I wouldn’t say ‘the African Jews’, but they believe that their suffering is equal to that of Jews – that’s why Rwandans will tell you about ‘the Rwandan diaspora’. Others say ‘Me? I’m not part of the diaspora’. This is what they’ll tell you: ‘We are Rwandan refugees’

What defines a Rwandan has always been a deeply tortured question. During the genocide of 1994, Tutsi bodies were dumped in rivers that would ‘carry them back to Egypt’. This was not an isolated incident, but rather a particularly extreme and grotesque instance of the ways in which political contestation in Rwanda revolves around questions of who is and is not a legitimate member of the political community at all. This is both a dispute as to who may legitimately claim Rwandan identity, and about what else, politically and socially, follows from that claim.

These debates take on new forms for those self-identified Rwandans (Hutu, Tutsi, or Twa) who have, for one reason or another, left Rwanda. Outside the country, a fractured form of Rwanda’s polarised political scene reproduces itself. In our research, we interviewed Rwandan refugees in Congo; exiled journalists in Uganda; former military officers now leading ostensibly civilian Rwandan political parties from South Africa, and remembrance organisations dedicated to overturning the dominant historical account of the 1994 genocide, alongside youth groups which want to avoid mentioning it as much as possible in Belgium and France. What surprised us was how resistant many of our informants were to the label ‘diaspora’, and why. A frequently heard refrain was ‘I’m not in the diaspora, I’m a refugee’. Slightly less common was the (usually hinted) suggestion that one could not be a member of the diaspora if one was not a supporter of the RPF, or middle-class, or Hutu.

This is in stark contrast to how the Rwandan government themselves deploy the term. The last ten years have seen a flurry of government-initiated activity directed at expanding and formalising the Rwandan state’s relationship with ‘their’ diaspora. There is a now a well-funded Diaspora Directorate operating out of Kigali, which – in collaboration with Embassies and High Commissions across the globe – runs a raft of remembrance activities, cultural days, festivals, and fundraisers, promotes diasporic banking, remittances, and return trips to experience the ‘new Rwanda’. ‘The’ diaspora, rhetorically framed as ‘Rwanda’s Sixth Province’, is presented as an all-inclusive, unthreatening, apolitical label, which applies to all and any Rwandans abroad. Its discursive content, if any, is merely a positive affirmation of Rwandan culture, and an aspiration towards ever-greater development.

Given the apparent innocuousness of the government’s language, it might seem surprising that so many Rwandans abroad are vehement in their rejection of the diasporic label. However, this misses what is controversial in the seemingly bland advocacy of peace, unity, and prosperity. The language or ‘stance’ of diaspora, in this instance, is anti-political. That is to say, it constructs Rwandans as subjects in particular ways, silencing certain discussions, amplifying others, depoliticising the Rwandan state, and papering over its social conflicts with exiled Rwandans. Listen to state officials, and you will here the diaspora being couched in terms of an endless of amity, peace, happiness, (apolitical) developmentalism, and patriotic unity. Those who self-identify as members of the diaspora partake in a stuffed calendar full of culture days, harvest festivals, development expos, and sports tournaments. The ‘model diasporan’, is not one that spends much time protesting outside Embassies, but one that teaches their children Kinyarwanda, remits, attends officially organised events, and reinforces the normality of Rwanda.

None of this is necessarily insincere on the part of its participants, but it is fair to ask what political effects it has. The obvious answer is the promotion of a relentless banality: Rwanda as a ‘normal’ country, with a ‘normal’ relationship with its diaspora, who are themselves entirely happy with the current drift of the Rwandan state and its policies. The effect of this for the Western parliamentarians and journalists that witness it is clear: Rwanda is the sort of place one need not worry about. Buy in to this presentation of normalcy, and opponents of the regime begin to look hysterical.

There is a further apolitical aspect: discourse about Rwanda is transposed to a conversation about ‘development’. The category here is as amorphous as anywhere else, stretching to include bank liberalisation, the reconstruction of Kigali as an African Brasilia, and the destruction of the homes of ordinary rural Rwandans deemed insufficiently ‘modern’. The elasticity of development is not accidental: it shifts with the priorities of the state, which in turn becomes the authoritative voice on what the content of development might be. Again, the space for opposition is closed: development is presented a technical rather than a political pursuit and is not, therefore, the subject of reasonable contestation.

In this context, the hostility some have towards the term ‘diaspora’ makes more sense. What is being rejected, along with diasporic identity, is the current Rwandan state, and it is therefore those communities which feel most excluded from Rwanda’s present dispensation that are the most unreceptive. This does not mean, however, that ‘diaspora’ could be refashioned as a more inclusive identity capable of encompassing the factionalised networks of Rwandans abroad: It is precisely that bland discourse of inclusion which many Rwandans object to.