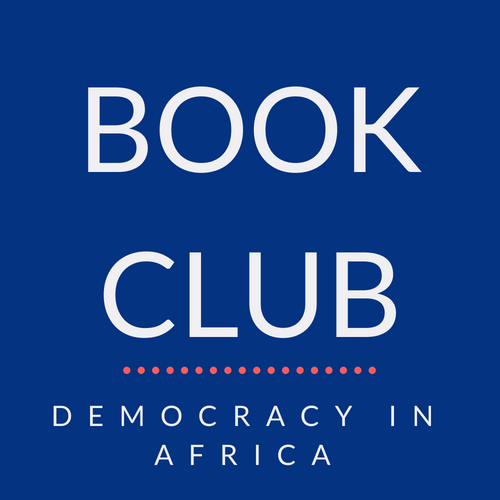 We are pleased to present a new feature on the DIA website. The DIA Book Club is a forum for some of the most exciting authors writing about themes relevant to democracy in Africa to present their new publications. In the first blog, Bonny Ibhawoh shares some insights from his new book – Human Rights in Africa (CUP, 2018) – arguing that our understanding of human rights in Africa is enriched when we go beyond staid narratives of ruthless violators and benevolent protectors.

Academic and media discussions of human rights often focus on contemporary violations and activism with little refence to the historical antecedents that have shaped present day human rights conditions. Yet, human rights have a deep and tumultuous history that culminates in the age of rights we live in today. To understand and redress today’s violations and to build more inclusive societies where human rights are valued and respected, we must understand histories of rights struggles.

I argue that African experiences, from antislavery to anti-colonialism to post-colonial constitutional rights, are integral to the history of international human rights. In telling the African human rights story, I resist the presentism and essentialism that characterizes much of the scholarship on human rights. In doing so, my account goes beyond twentieth-century violations and present-day activism.

The story of human rights that I offer is not a tidy narrative to ruthless violators and benevolent protectors. It is a more convoluted story of indigenous African rights traditions embodied in the wisdom of elders and sages; of humanitarians and abolitionists who marshaled arguments about natural rights and human dignity in the cause of antislavery; of conflictual encounters between natives and colonists in the age of Empire and civilizing missions; of nationalists and anti-colonists who deployed an emergent international human rights lexicon to legitimize longstanding struggles for self-determination; and of dictators and dissidents locked in struggles over power in the era of independence and constitutional rights.

Human rights as struggle and discourse

Beyond discourse, I approach human rights as struggle or social movement. The rich and diverse scholarship on human rights is dominated by studies that conceptualize human rights as a moral regime, legal corpus or political ideology. The relational aspect of human rights tends to be ignored or overlooked. Yet, at the most basic level, human rights are about relationships and struggles, both individual and collective. The omission of people’s experiences from dominant human rights founding stories is intimately related to the forces of exclusion that keep so many separated from their human rights today.

Using the frameworks of discourse and struggle, I show how Africans in the continent and in the diaspora invoked human rights in antislavery and anti-colonial campaigns and how these struggles have shaped present day human rights norms. One example of this is Pan-African congress organised by African American intellectual W. E. B. Du Bois and the influential Senegalese politician Blaise Diagne in Paris in 1919. Coinciding with the end of World War I and the gathering of European and American politicians for the Versailles Peace Conference, part of the Congress’ objective was to influence the political agenda of the Peace Conference and the fate of black people in the post-War era.

A key outcome of the congress was the adoption of a charter of rights for peoples of African descent. Delegates passed a resolution calling for a “code of law for the international protection of the natives of Africa” from abuse, exploitation and violence. The resolution called for the direct supervision of colonies by the League of Nations to prevent economic exploitation by foreign nations, and the abolition of slavery and capital punishment of colonial subjects in Africa. It also asserted the rights of black people to education within the colonies and the rights of African people everywhere to participate in government.

The congress delegates demanded that persons of African descent be “accorded the same rights as their fellow citizens [and] not be denied, on account of race or color, a voice in their own government, justice before the courts and economic and social equality.” These resolutions affirming rights and equality for Africans and peoples of African descent garnered a tepid response from the great powers gathered at the Versailles Peace Conference. However, it set the stage for rights demands at future Pan-African Congresses in London in 1921, in Lisbon in 1923 and in New York in 1927.

Human rights histories have mostly been presented a narrative of relatively steady progress in the evolution of ideas dating even from ancient times, and the gradual uptake of these ideas in the form of legal norms. The dominant trend has been to present human rights – despite frequent setbacks and many contradictions – as part of a saga of relentless human progress. Histories of human rights have tended to adopt a largely celebratory attitude toward the emergence and progress of human rights. As Samuel Moyn argues in his influential book The Last Utopia, history has been used to confirm the inevitable rise of human rights as the last utopia rather than as an ideology, one of several utopias, shaped by conscious choices, historical accidents and convergences.

My study of human rights in Africa is not one of unremitting progress or journey towards one or several utopias. What I offer is a more uncertain record of competing visions of rights. It is a history of rights inclusion and exclusion, expansion and contraction, at different historical moments. It is a story of tensions and contradictions – of indigenous moral philosophies that validated certain exclusions; of European Christian humanisms implicated in the cultural dispossession of indigenous people; of emancipatory antislavery impulses that legitimized colonial subjugation; of European war-time, anti-Nazi rhetoric of freedom that rejected African self-determination; and of tensions between collective solidarity rights and individual-centered civil liberties in anti-colonial movements and independent state-building.

I show that in Africa, as elsewhere in the world, ideas and movements for rights inclusion have been confronted with counter movements by dominant groups to prevent the expansion of rights benefits and protections to those considered outsiders. This makes the history of human rights more a narrative of tensions and paradoxes than one of certainty and teleological progress. What emerges is not simply a story about the transformative power of the human rights idea but also an account of the opportunistic cooption of human rights discourses to attain or enhance power.

Nationalist and anti-colonial struggles for self-determination offer one of the clearest examples of the paradoxes of human rights discourse. In the post World War II era, African nationalists and anti-colonial activists invoked universal human rights and the right to self-determination in their long-standing struggles for independence. However, with the attainment of independence and the transfer of power from colonists to indigenous elites, some African political leaders seemed to turn their backs on human rights, at least in the sense of individual civil liberties.

The proliferation of authoritarian regimes in newly independent African countries signaled that the promising adaptation of rights ideas in anti-colonial struggles had faltered. Rights talk, once wielded vigorously and effectively by independence activists to challenge colonial subjugation and negotiate independence, was soon overshadowed by a discourse of sovereignty and national solidarity. From the dictatorships of Idi Amin in Uganda, Mobutu Sese Seko in Zaire, Jean-Bédel Bokassa in the Central African Republic, Ben Bella in Algeria and Gaafar Nimeiry in Sudan, to one-party rule in Jomo Kenyatta’s Kenya, Kwame Nkrumah’s Ghana and Julius Nyerere’s Tanzania, the decades following independence marked an era of “big men” and authoritarian rule.

With independence, African political leaders who had championed self-determination in anti-colonial struggles began to advance new statist arguments about the constraints of human rights norms on governance. The central thrust of these arguments was that individual rights come at the expense of collective rights and national solidarity. Unrestrained individual liberties, some leaders argued, imposed limits on the capacity of governments to govern, weakened sovereignty and threated national unity.

My conclusion is that while rights discourses and movements have facilitated progressive change; but they have also operated historically to insulate power and sustain structures of ideological, cultural, economic, and political hegemony. The language of international human rights has been used to institutionalize, legitimize, normalize, and reproduce relations of domination. It is essential, therefore, that we pay attention not only to the emancipatory outcomes of rights talk but also to the ways in which rights have been used to make claims and counterclaims in defence of certain interests, and against others, at different moments.

In writing this book, my aim was to tell a story of human rights in Africa that engages key scholarly debates while also appealing to a general audience. This is because the subject of human rights is too important to be left to experts and specialists. Human rights discourses, laws, policies and practices affect the everyday lives of millions of ordinary people in Africa and around the world. I believe it is important to engage the broadest audience possible in conversations about human rights. In these uncertain times, my hope is that this volume moves forward the conversation on how we can reaffirm human dignity in our societies and actualize human rights ideals in Africa and our world.

Bonny Ibhawoh is a professor of History and Global Human Rights at McMaster University, Canada. He researches on human rights, legal history, African history and politics, transitional justice, and peace and conflict. He is the author of Imperialism and Human Rights (SUNY, 2007) and Imperial Justice (Oxford, 2013).

Human rights in Africa is on sale now.