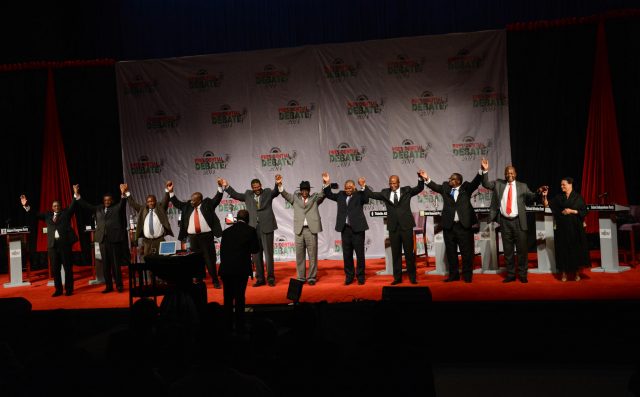 What are the key lessons that the Malawian elections of 2014 can offer for those studying democracy and democratisation? In the wake of their latest edited book, Nandini Patel and Michael Wahman explain. Nandini is Chairperson of Institute for Policy Interaction (IPI) in Malawi. Michael is an Assistant Professor at the Department of Political Science of the University of Missouri.

Our new edited volume, The Malawi 2014 Tripartite Elections: Is Democracy Maturing?, was just published and is available in a free soft copy here. The volume brings together some of the leading experts on Malawian politics to assess the state of Malawian democracy seen from the lens of the recent election. The book provides a nuanced and rich description and analysis of the election and issues concrete advice on how Malawian democracy can be strengthened in the future.

The 2014 election constituted a landmark in modern Malawian political history. The election was the fifth contest since the introduction of multipartyism and the first-ever time when elections were concurrently held for president, parliament, and local assemblies. It was also the second time in Malawian history when an incumbent president was voted out of power. For readers with a particular interest in Malawi, the book provides great detail about all the intricacies of the election. However, in this blog post we would like to emphasize three of the volume’s general conclusions with relevance for readers interested in African democracy more broadly.

Turnovers are not democratization

As most students of Africa would agree, democracy is more than elections. Ethiopia, Rwanda, and Zimbabwe all arrange regular elections, but could hardly be labeled as democracies. Some scholars have suggested that electoral turnovers can be used to identify democracies. In democracies elections occasionally lead to government turnovers, in autocracies they do not. The American political scientist Samuel Huntington suggested a ‘two turnover test’, where a democracy can be categorized as consolidated after two peaceful turnovers resulting from elections.

President Joyce Banda’s defeat in the 2014 presidential election constituted the second turnover since the introduction of multipartyism. The first turnover happened in the 1994 founding election when opposition challenger Bakili Muluzi defeated incumbent president Kamuzu Banda. According to Huntington’s definition Malawi is now to be considered a consolidated democracy. Yet, as disillusioned voters burned government offices and set up roadblocks on election day in the city of Blantyre, Malawian democracy did not appear very consolidated. In fact, according to commonly used measures of democracy the level of democracy has declined in Malawi since 1994, despite high levels of electoral competition. Elections remain competitive as central institutions lack the capacity for systemic election manipulation, yet as our volume documents electoral corruption, vote buying, and coercion remain significant problems at the local level. As president Banda’s defeat illustrate with perfect clarity, even electoral contests tilted in favor of the incumbent can be lost.

Malawian politics is highly regionalised. In the 2014 election, all the country’s four main regions voted overwhelmingly for different presidential candidates. Moreover, material ‘handouts’ were commonplace in electoral campaigns throughout the country. At face value, the Malawi election seems to add evidence to the dominant view of African elections as more or less determined by ethno-clientelism. However, several chapters in the volume provide evidence to the contrary, suggesting significant elements of retrospective voting. Analysis shows that one major explanation to president Banda’s defeat was a perceived lack of government performance. A grand government corruption scandal also seems to have decreased the incumbent’s re-election prospects. This assessment is supported by an experimental study presented in one of the volume’s chapters. One of president Banda’s main re-election strategies was the creation of new clientelistic networks with newly elevated chiefs as vote brokers. However, a systematic analysis of electoral outcomes in areas with newly elevated chiefs shows no evidence suggesting that this strategy was successful. The Malawian election adds to the emerging argument in African electoral studies that African voters do indeed use elections to exert vertical accountability.

Election management in the 2014 election was poor. Malawi experienced severe problems in voter registration, most polling stations were unable to open in time, and large confusion surrounded the reporting of the election results. These obstacles may sound trivial, but ultimately undermined the public perception of electoral legitimacy. Poor election management contributed to violence on election day and was used to support claims of election fraud by defeated candidates. A noteworthy aspect of the election was that international actors played a larger than normal role in administrating the election. With massive problems of corruption, international actors were reluctant to channel resources through the Malawi Electoral Commission (MEC). This strategy resulted in considerable economic savings, but ultimately raises concerns about long-term capacity building within the local electoral authorities. Improving the quality of election administration in Africa is a central part in strengthening democracy on the continent. Still, surprisingly little research is aimed at increasing our knowledge about the deficiencies of local election authorities.