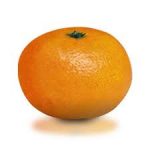 The next Kenyan elections will be some of the most complicated ever held as a result of the introduction of a new ‘decentralized’ political system that requires voters to elect representatives at multiple levels of government. Despite this, little has been done to prepare voters and election officials for the task that awaits them. Louie Dane, a politics student at Oxford University, recently travelled to Kisumu to investigate the likely impact of decentralization and elections in the heartlands of Raila Odinga’s Orange Democratic Party.

Devolution in Kenya will begin in earnest on March 4th 2013 when citizens elect their first governors, senators and women’s representatives during the general election. Policy makers hope that devolution will bring about faster and more inclusive development through better informed public policy, but also that the introduction of county governors will bring government closer to the people and thus improve political involvement and accountability. The main risks are that service delivery may be interrupted, the new layer of government may allow new opportunities for corruption, and, most severely, devolution may create 47 new centres of conflict for state power. The recent violence in the Tana Delta is a stark warning that counties with acrimonious ethnic relations, such as Marsabit, Bungoma, and Isiolo, may prove to be hotspots of violence during the general election. Whether or not the opportunities or threats prevail will depend on the quality of leaders chosen in March and the nature of the election campaigns.

But in areas in which one party is dominant, the actual election for governors will be a foregone conclusion. Instead, the real competition will take place beforehand, as rival candidates scramble for the party’s nomination. In most of the counties of Nyanza province, including Kisumu, the overwhelmingly Luo demographic and Raila Odinga’s immense personal popularity mean that whichever candidate is awarded the nomination ticket of the Prime Minister’s Orange Democratic Party will win the county elections. The results of three recent parliamentary by-elections have also suggested that at least Uhuru Kenyatta and Raila Odinga will probably be able to ‘presidentialise’ the contests for governor and senator, influencing local contests through their profile and connections. In one-party dominant areas such as Nyanza, the chances of violent confrontation occurring in pursuit of the county positions will therefore depend more on internal party nomination procedures, which must have concluded by the middle of January, than on the conduct of the general elections in March.

The ODM’s party primaries will occur from December 4th-6th. In the ODM’s Nyanza heartlands nominations will be decided by an electoral college of around 10,000 – 20,000 delegates, in contrast to areas outside of the party’s core base of support in which all party members will be able to vote. The party justifies the use of different methods on the basis that while only allowing delegates to vote will increase the average level of scrutiny applied to the candidates, using a larger franchise will increase the party’s chances of winning in regions where they are not already certain of victory. Interviews in Kisumu generally lent support to this account, as delegates strongly argued that they would vote on the basis of merit – although it is of course hard to assess whether they will stick to their principles in the heat of electoral battle. But this caveat notwithstanding, the ability of the delegates to give informed answers to questions about how they would vote as well as their understanding of the different competencies required for the roles of the governor and senator were impressive.

The importance of money in the nomination process, however, will exert a significant constraint on the quality of the ODM nomination process in Kisumu. While explicit bribery will probably not feature prominently, the use of finance through more subtle means, most commonly through paying delegates travel expenses to attend rallies and occasionally providing some with employment opportunities, will still exert a significant impact on delegates’ voting choices. There are also worrying hints that money may have played a considerable role in determining which delegates were elected by party members in the first place, creating expectations that delegates may find it difficult to resist.

The risk that new forms of identity based voting patterns will emerge also threatens the potential of devolution to encourage meritocratic elections. While voting based upon Kisumu County’s different clan loyalties seems unlikely to occur, the regional/geographical background of the candidates will play some role in many delegates’ electoral decisions. Such regional voting tendencies, however, will be nothing like the cohesive voting blocs that operate at a national level, and unless regional identities are consciously evoked by politicians it is possible that they never will be. This lingering threat, however, means that the process of the primary elections is of great importance. Because of the overarching lack of trust between rivals, unsuccessful candidates are likely to believe or at least claim that they are the victims of injustice even in the absence of any actual instance of malpractice. Such perceptions could easily lead to localised clashes within the Luo community between the supporters of rival aspirants. In this way, disputed primary elections and/or violence has the potential to create the kind of grievances that, over time, can serve to strengthen group identity and intensify inter-group mistrust.

The other major threat to the elections seems to be the prospect of top-down political interference from Odinga or other senior ODM leaders. But after the botched primary election for the Ndhiwa parliamentary by-election, where an imposed candidate resulted in a minor party revolt, Odinga and other senior party officials are unlikely to risk endorsing particular candidates or awarding the ODM nomination tickets to candidates who are locally unpopular.

Leaving aside the possibility of judicial intervention, in some counties it is clear that the results of the March elections for governor and senator, in terms of which party’s candidate will be elected, are already a foregone conclusion. In such counties electoral violence is most likely to occur during the more highly contested party primaries. So if donors want to ensure a high quality election in Kenya, their engagement and support needs to begin a long time before March. Assisting with the organization of party primaries would help to lend greater credibility to the results, which in turn would help to prevent decentralization from intensifying inter and intra-communal tensions. Such action would also support Kenyan efforts to discourage identity based voting and consequent feelings of exclusion, encourage regional stability, and bring about a new era of meritocratic political competition. Given this, the deployment of international resources in providing training for returning officers and international observers for party primaries would represent a smart, timely and cost-effective investment in peace and democracy in Kenya.

Click here for a copy of the full report on Decentralization, Elections and the ODM in Kenya.

Click here for our recent blog post on the prospects for violence in Kenya at the next election.