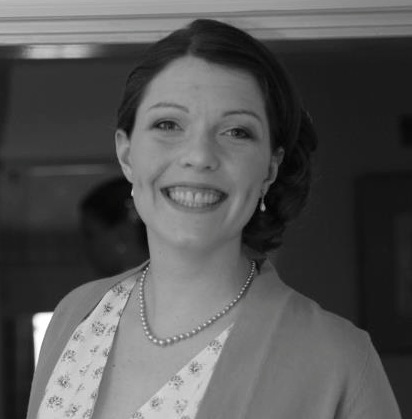 In the final blog of our media and democracy series, our co-editor Sarah-Jane Cooper-Knock tells us all about a recent Oxford seminar on media and democracy in Africa. The event was part of a new European Union funded (2.2 million Euros) research project on Media, Democracy and Conflict around the world in which researchers from Oxford University are collaborating with colleagues from the American University in Cairo and the Universities of Belgrade, Hamburg, Rhodes (Grahamstown), Stockholm, Ruhr (Bochum), and Leeds – which is the coordinating institution. More information about the project can be found here.

Last month, the Centre for African Studies in Oxford hosted a roundtable discussion on media and democracy in Africa. Speakers included Winston Mano, Editor of the Journal of African Media Studies; Catherine Gichuru, Editor of The Star in Kenya; Alexandra Reza from the University of Oxford; and our Co-Editor, Nic Cheeseman, Director of the African Studies Centre at the University of Oxford.Drawing on their experience as academics and practitioners, the speakers pushed us to consider two key elements of the relationship between media and democracy in Africa. First, the space for independent media voices in African countries. Second, the quality of analysis that those voices provided.So how much room is there for independent opinions and investigative journalism across the continent? Do the media have space to critically assess the state of the nation and help to hold those in power to account?

Clearly, there is a great divergence across the continent. Drawing on figures from Freedom House, Nic Cheeseman highlighted improvements on this front in countries like Senegal, Togo and Cote d’Ivoire but the situation has clearly deteriorated elsewhere. The media in South Sudan and Zambia, for example, has recently been downgraded to ‘not free’. Overall, 56% of Africans live in countries where the media is only ‘partly free’.

With that in mind, the speakers argued, it’s as important as ever to challenge constricting media laws of the sort that have been under debate in South Africa and Kenya. But legal media freedoms do not tell us the whole story: The media is constrained by more than draconian legislation and its brutal enforcement. Powerful actors inside and outside the state often have other ways to shape and censor supposedly independent media outlets.

As Catherine emphasised, personal threats and intimidation are an ever-present danger for critical journalists. ‘They put the squeezes on you’, she explained, ‘you get phone calls… and other ways of intimidating you not to follow through’. These are by no means just idle threats. Last year, 120 journalists and media workers were killed because of their profession. Eighteen of those murdered were reporting in Africa.

Economic factors also play a crucial role in shaping the media’s agenda, particularly those in television, radio and newspapers. In some cases, Alexandra stressed, media workers are paid directly to secure air-time or plant press releases for organisations and individuals. In other cases, money plays a role in more indirect ways: to be commercially viable, media outlets depend on their audience and their advertisers. Often, as Catherine point out, those advertisers are often government agencies. The Kenya Power and Lighting Company, for example, is obliged to place information on energy provision across the country in two national newspapers. In the past, the department has pulled its expensive advertising contracts from certain newspapers that have written critically about the institution, or the government as a whole.

Having seen this happen before, and knowing the dire financial repercussions that follow, editors begin to self-censor, turning down stories that might irk valuable advertisers. Journalists, in turn, who are often paid per article published, may also steer clear of such stories to avoid their articles being ‘spiked’. All this means that the space for independent voices in the ‘traditional’ media can be effectively curtailed without creating or (in the case of Kenya) using restrictive media laws.

But even where media workers are free from such constraints, or are willing to confront them, they do not always have the skills and resources necessary to provide rigorous, critical media content. This is one reason why we must take the pay, training and conditions of media professionals seriously.

In her talk, Alexandra spoke of the ‘brain drain’ that came from journalists shifting from poorly paid investigative work into the commercially profitable world of government and corporate communications.  She also spoke of the need for media training in specialist areas of knowledge so that journalists could provide incisive analysis on complex issues. To illustrate her point she highlighted the negotiations that are ongoing between the Ghanaian government and extractive firms looking to operate in the country. Politically and economically, important parts of this negotiation, she pointed out, are tied to very technical clauses. Journalists need to understand such technicalities if they are going to explain the issues at stake to the public, and hold both sides to account.

Winston argued that there was also a need for training to encourage ethical, responsible reporting; particularly when it came to conflict situations. Journalists, he argued, needed to look beyond the events that unfolded before them and explore the broader context in which those events occurred. They also needed to move beyond conflict narratives, and pay attention to a more diverse range of ongoing issues.

But, as the ensuing discussion highlighted, training journalists to report ‘responsibly’ is a tricky game: as much of the reporting around Kenya’s elections in 2013 has demonstrated, the line between ‘responsible journalism’ and ‘self censorship’, can become blurred.

Following the violence that surrounded the elections in 2007-2008, much attention was devoted to understanding the role that the media had played in fanning the flames of conflict, and preventing such developments from happening in the future.

As the country prepared for elections in 2013, there were widespread calls on the media,  both inside and outside Kenya, to promote peace not foster division. Funding flowed in to support NGO training.  ‘The current flavour of the month was peace’, Catherine recalled, ‘so we were drummed with peace’.

But, as Natalie Moss has argued in another blog for this series, ‘peaceful reporting’ in Kenya amounted to uncritical reporting.  ‘We became so peaceful’, Catherine concluded, ‘that some people said we had forgotten what we were supposed to do’.

Uhuru Kenyatta and William Ruto, who allegedly incited much of the violence in the last elections, capitalised upon this trend. They denounced coverage of oppositional protest as irresponsible journalist that risked fracturing a fragile peace narrative. Journalists and editors found themselves self-censoring again, but this time with the support of the international community.

What this case vividly highlights is the difficulty of trying to ‘fix’ the media, and the dangers of removing the agency of media workers in this process. The complex range of problems facing media outlets across Africa deserve complex solutions that address institutional funding, informal leverage, legal frameworks, industry training, and worker’s pay. And, if these outlets are to be bastions of democracy, such solutions must be primarily judged on the degree to which they nurture and expand the voice and agency of media workers.