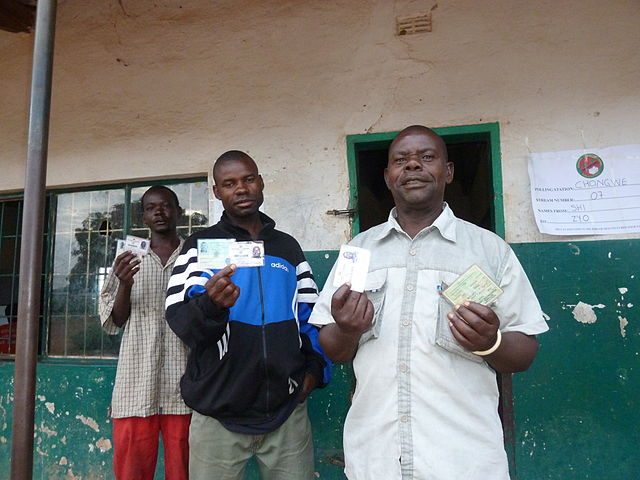 On 16 March, I met a minister serving in President Edgar Lungu’s Cabinet who, upon seeing me, insisted that contrary to my recent observations, given at a public discussion organised by the Oasis Forum, that Zambia is in crisis, ‘the country is doing very well on all major fronts and most Zambians are happy with our record in office, so far. So, I do not know what crisis you are seeing or were talking about, Dr Sishuwa’. My critic did not attend the event and his dismissal of my comments emanate entirely from the bits that he read and heard. Arising from that encounter, I thought I could use today’s column to explain and hopefully persuade the minister – and those who think like him – to better understand my point of view. Instead of engaging with a functional illiterate who operates at a completely different level of comprehension of the distinction between cause and effect, or between actual causes and mere symptoms, I prefer differing with someone who has a good level of appreciation of issues and who retains that intellectual integrity of one who, though not lacking in urging their own opinions, is both respectful and willing to abandon his or her point of view, if its weakness could be shown.

When I talk about Zambia being in a crisis, I am not simply referring to the filthy behaviour of our current politicians that disgusts the middle class over concern with ‘morality’, ‘stability’, ‘respect for the rule of law’, ‘order’, ‘democracy’ and such states of mind. More importantly, and broadly speaking, I mean two things.

First, a real crisis occurs in any community or country when the economy is no longer able to sustain the life of the majority of its people, who usually are the working class and the vast unredeemed rural poor populations, most of whom are eking out a living tilling the land. The social manifestation of this true crisis is extreme mass poverty, widespread national unemployment (systemic, structural and absolute unemployment), and extreme inequalities characterised by the fact of a tiny minority gobbling up a proportionately large share of national income and the vast masses living on a tiny share. In real terms, therefore, Zambia (using 2017 official statistics) is in crisis because:

It is these figures and verifiable facts which feed and stoke the HIV and AIDS pandemic, nationwide cholera epidemics such as the one we recently experienced, the ballooning number of orphans, festering mass discontent, and a quite useless and impoverished middle class fit for hire by anyone with some money. All this means we have a large share of our population vegetating, with a large number of Zambians permanently hovering over the pit of death.

Second, a real crisis occurs when there is sustained institutional deterioration and heightened political divisions. In our case, many of our key national democratic institutions such as the judiciary, civil society organisations (many of which have been co-opted or silenced), the police and Electoral Commission no longer enjoy public confidence. In the case of the judiciary, for instance, the crisis is not that the opposition lost a disputed election; it is that the legal mechanisms of, for example, resolving post-election conflicts are largely ineffective: the Constitution is unclear and the judiciary takes forever to dispose of cases that should take little time. There is also a general lack of respect for the rule of law by those in power, intolerance of opposition and critical opinion, intimidation, harassment and arrest of opposition figures on trumped up charges, and tolerance for and active promotion of impunity by ruling party supporters who engage in acts of violence, hooliganism, and can even beat police officers and get away with it.

Elections (an orderly and effective mechanism of maintaining or changing governments) and the Constitution (important in ensuring that everyone plays by the rules of the game) are increasingly under threat, especially under the watch of the Patriotic Front, and this is worrying because these are the institutions that should be consolidating our democracy over time. We are a deeply polarised nation, especially since the 2016 elections, and the actions of those in power have only fuelled this split, which has mainly taken ethnic and political expression. Our leaders continue to bury their heads in the sand when our national unity is at stake, and appear to be punishing people for their voting choices.

There are other significant indicators of the extent or reach of Zambia’s crisis. These include:

I must clarify that Zambia’s crisis did not start with the Patriotic Front or President Lungu – though its degree in certain areas has increased considerably under them. The country has been in a protracted crisis since the early 1980s, but one that grew in particular intensity from the 1990s when Chiluba and his government set about dismantling the forms of social protection that mitigated its worst effects – hunger, illiteracy, destitution and ill-health. In short, the failure of our economic and social system to sustain over a prolonged period of time the lives of the majority of Zambians and the deterioration of state institutions has been an incremental process, stretching over a long historical period. The current trajectory, however, is worrying because we are not seeing a rebalancing towards ‘normality’. In addition to the increasing intensity of our national crisis, whose features I have already mentioned, the balance of forces is pushing us towards this becoming more severe.

Resolving these challenges requires a competent, qualified and effective national leadership that acknowledges the existence of a crisis in our country, that understands its form, content and nature, and that seeks to take corrective measures, including uniting and coalescing our energies towards a shared or common goal. In other words, the solution to any crisis is to be found in the very economic system that is failing the people and this requires us to carefully identify the actual causes of our crisis, not the symptoms. A fundamental weakness of the discourse on ‘crisis’ is the problem of confusing causes and symptoms, and how these feed into each other – the middle class and so-called ‘experts’ of all hues do tend to overemphasise the social manifestations of crisis, its expression in social and political instability, at the expense of unravelling the real foundations of any crisis – the mode of production of the material means of life and the system of ownership – which then are reflected in the social and political life of the community or people. As a result, leaving the mode of production of the material means of life and the system of ownership intact but tinkering with the social and political arrangements does not resolve the crisis. This has been our experience of ‘independence’ in Africa. After some time, the accumulated unmet social and political needs from an untransformed economy catch up, inevitably throwing the entire system into a cycle of instability, disorder, civil wars, military coups, and so on.

So, my dear minister, there you have it!