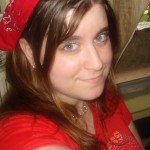 In the second of a two-part series, Carol Jean Gallo takes a look at what the political future might hold for the Central African Republic. Carol Jean Gallo is a PhD candidate at the Department of Politics and International Studies at Cambridge University. She also blogs at UN Dispatch and Usalama.

Who are Séléka and what sort of change might they bring?

Séléka is a rebel coalition described by Alex Vines as consisting of “dissident” elements of three rebel groups: the CPJP, UFDR, and CPSK. (There are in fact at least three factions of the CPJP.) Kennedy Tumutegyereize and Nicolas Tillon name a fourth member of the coalition, the Union of Republican Forces (UFR).

Rebel activity started up again late last year, as President Bozizé preferred to consolidate his hold on power rather than implement past peace agreements. In January, Libreville hosted a brief and superficial peace process after President Bozizé declared that he was ready to enter a power-sharing arrangement with the rebels. Both sides failed to live up to their ends of the Libreville deal, and fighting resumed.

After the rebels successfully took Bangui on March 24, Séléka’s leader, Michel Djotodia, declared himself president and said that the prime minister, civilian opposition leader Nicolas Tiangaye, would retain his position as decreed by the Libreville agreement. According to Louisa Lombard, Djotodia is described by some in north-eastern CAR, as ‘a man with major political ambition and very little to show for it’.

Will Séléka be able to bring about positive change in the form of a more accountable political system? It’s hard to say. While one may sympathize with the proclaimed grievances of some of the rebels under Bozizé — unwarranted government attacks on civilians, a lack of access to services, and ‘underdevelopment’ — many, including Djotodia, appear to be in this for political power alone.

Nonetheless, Djotodia and his cadre have voiced plans that sound appealing to liberal-Western ears, such as the instigation of a transitional phase to be followed by elections. During the first week of April, a summit of heads of state in Chad directed Djotodia to allow the establishment of a transitional council, which would decide on an interim president. He agreed to implement the recommendations promulgated at the summit, promised he would not participate in post-transition elections, and vowed to step down if he was not elected by the transitional council as interim president. On April 13, Djotodia was elected interim president by the National Transitional Council for a maximum of 18 months.

Djotodia is also the country’s first Muslim president. This faith group has historically been the target of state harassment, but Djotodia recently stated that this would not shape his rule. ‘The Central African Republic is a secular state’, he claimed, ‘It is true that I am Muslim, but I must serve my country, all Central Africans’. Some Christians in the country are not so sure.

Political leaders in CAR have a history of instrumentalizing international peace-building efforts. Lombard describes those Djotodia cultivated relationships with over the years as what Debos would call ‘political-military entrepreneurs’, and Tendai Mehler describes the rebels themselves as exactly that. The International Crisis Group said in 2010 that many rebels were only interested in well-paid government posts and political prestige. One diplomat said of the Transitional Council election this month that the council existed merely to provide a ‘veneer of legitimacy’ to Djotodia’s self-proclaimed presidency. The opposition has already claimed that it will not participate in Djotodia’s transitional government, saying it’s been filled with rebel sympathizers masquerading as ‘civil society’.

In the midst of multiple unknowns, one thing seems clear: Djotodia ‘wants to legitimise the interim government’s standing in the international community’. There is a good chance, then, that Djotodia is trying to craft an image of himself as a proponent of transparent and democratic institutions. This could have a sizeable bearing on political developments in the country. Djotodia, as Lombard says, has committed to stepping aside after the transition and allowing a civilian president to be elected. Perhaps his desire to be seen as legitimate can be used by international and regional diplomatic forces to pressure him to live up to his promises. This, of course, would be no democratic panacea, not least because Séléka is only a loose coalition with many disagreements and contradictions among themselves. If Djotodia did step aside as he has promised, extensive dialogue would have to follow.

Writing in the aftermath of the 2011 elections, Lombard concluded, ‘people have voted, but the result is not democracy’. Her point would have held, albeit to a lesser extent, even if those elections were free, fair, and credible. Democracy is much more than elections, and this is especially true in CAR. It is achieved when people have an actual say in the choices they make, and the ways in which their lives are influenced (or not) by the government. Whether Séléka can smooth out its differences, enter into a constructive dialogue with its opposition, and have the will and wherewithal to stick to a viable transitional plan so that real democratic reforms can take place still remains to be seen.