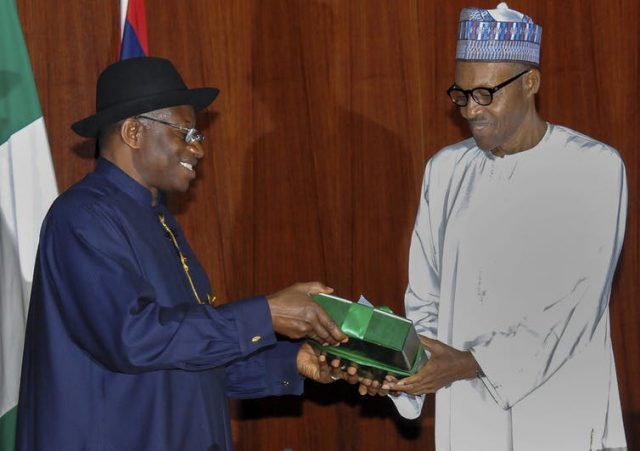 DiA’s Nic Cheeseman looks at whether “big data” can swing African elections, and debunks some of the claims made for Cambridge Analytica in a new article with Gabrielle Lynch and Justin Willis

Election manipulation is a hot story. In the last few days, Cambridge Analytica, which claims to use data to change behaviour including that of voters, has been accused of breaching Facebook rules in its efforts to collect personal data and use them to bring Donald Trump to power.

Cambridge Analytica is accused of interfering in elections on a very broad canvas. In Nigeria, it’s said to have used underhand tactics to try and secure the re-election of then President Goodluck Jonathan in 2015.

But caution is required, at least when it comes to the stories about interference in Nigeria and Kenya. The company’s impact has in fact been massively exaggerated as a result of claims made by Cambridge Analytica itself.

Speaking about the campaign of Kenyatta’s Jubilee Party, managing director Mark Turnbull has been caught on camera claiming to have “staged the whole thing”. Unsurprisingly, given the willingness of employees of the firm to talk about the use of underhand strategies such as honey traps and fake news, opposition leaders are up in arms. National Super Alliance official Norman Magaya has called for a full investigation into Cambridge Analytica’s role, accusing it, and the ruling party, of trying to subvert the people’s will.

But while such investigations need to be conducted and questions raised by the opposition need to be answered, we should also ask a prior question: can Cambridge Analytica deliver on its claims?

The evidence from Africa is no.

This is not to say that Cambridge Analytica doesn’t present a threat to democracy, or that it should not be ashamed of itself or face investigation. But it is to say that its impact in Africa has been over-hyped because it serves a variety of interests to do so.

Failures in Nigeria and Kenya

In Nigeria, the company was brought in to save President Jonathan by wealthy supporters desperate for him to stay in power. It failed. In the 2015 elections, Jonathan became the first ever Nigerian leader to lose at the ballot box. In fact he didn’t only lose. He was soundly beaten by an opposition party competing with one hand tied behind its back in a political system that conferred massive advantages of incumbency.

There are also reasons to think that the company’s impact has been overstated in Kenya. It is true that Kenyatta was eventually declared the winner of the election – though the first contest was nullified by the Supreme Court for procedural irregularities and the opposition did not take part in the re-run – but there is little evidence that Cambridge Analytica’s much vaunted ability to manipulate “big data” was the reason for this.

Take the question of targeted social media campaigns. It is true that material was circulated attacking Odinga as a dangerous and irresponsible leader. Cambridge Analytica may have advised the government to adopt this strategy – although we know that some of the worst videos were actually made by another company Harris Media.

But even if they did, there are two reasons to doubt that it was a new or particularly effective tactic.

First, these messages do not appear to have been targeted. Ahead of the elections, and as part of a comparative research project on elections in Africa, we set up multiple profiles on Facebook to track social media and political adverts, and found no evidence that different messages were directed at different voters. Instead, a consistent negative line was pushed on all profiles, no matter what their background.

Second, the vast majority of Kenyans are not on Facebook, and so there is no reason to think that messages circulated in this way would swing the wider electorate. Instead, surveys show that radio remains the major source of information, and that Kenyans are highly sceptical of the reliability of social media.

In other words, the campaign led by Cambridge Analytica does not seem to have been that different to the ones that preceded it. For all the claims of a hi-tech innovative strategy, their real role appears to have been to advocate negative campaigning. But there is nothing new about this.

Back in 2007, when Raila Odinga’s opposition appeared to be on the brink of winning power, his rivals claimed that his victory would lead to the country’s collapse and circulated flyers with his head superimposed on Idi Amin’s body to drive the point home. This was well before Cambridge Analytica was even formed, and stands as proof that Kenyan leaders don’t need foreign consultants to tell them the value of ethnic scaremongering.

It is also important to keep in mind that you cannot simply use messaging to win votes in a system in which the ethnicity, patronage and credibility of candidates are major drivers of voter behaviour. To mobilise voters to the polls, leaders reinforce their support base by attending funerals and giving generously to the bereaved; attending church and contributing to building funds; turning up at parent-teacher meetings and paying school fees for poor children.

To show generosity at these events is to demonstrate that the candidate acknowledges the morality of voters’ claims and will not forget them once elected. If you don’t do this you will not win, no matter what your PR team is doing.

There is also something more profound at work: the suspicion that Africa is the victim of European or American schemes is a powerful one. Many, in Africa and elsewhere, will see this as further evidence of that eternal truth. And we are all increasingly suspicious of the power of big data, uneasily aware that we may not have fully grasped the small print of our deal with the tech companies.

We may have good reason for that suspicion – but we should beware of flattering those firms by exaggerating their power and reach.