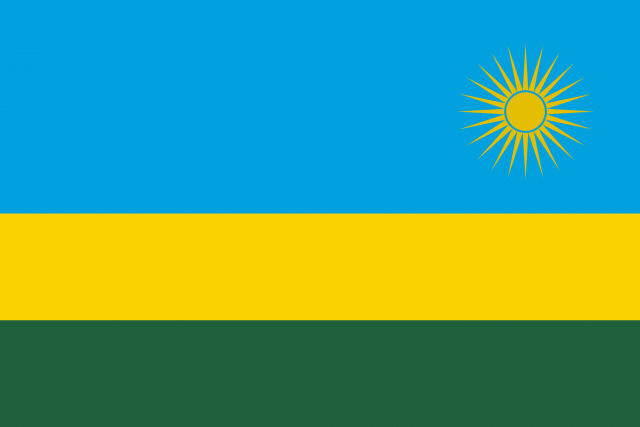 In this article, Anu Chakravarty explores the relationship of Hutus to the Rwandan state, and asks what shapes their political decisions in everyday life. Anuradha (Anu) Chakravarty is an Assistant Professor of Political Science at the University of South Carolina. Her book on the gacaca courts and popular investments in authoritarian rule is forthcoming (Cambridge University Press 2015).

One of the few points of consensus among observers of post-genocide Rwanda is that citizens live under authoritarian rule. The RPF (Rwandan Patriotic Front) led by elites of the Tutsi minority had seized power in 1994 upon decisively defeating the government that had mobilized Hutu masses in the genocide of Tutsi and the killings of moderate Hutu. After a highly controlled ten year transition, the RPF and its junior political allies won two successive rounds of (non-competitive) national elections to remain in charge. There is, however, much debate and uncertainty over the question of citizen attitudes within this system, particularly the attitudes of the Hutu (about 85% of the population) and the role that they might play in undermining or sustaining the system in the short and medium run. This blog argues that this population have found ways to accommodate authoritarian rule by supporting its system of selective rewards and consolidating it in the bargain.

The political behaviors of Hutus in community-based genocide courts present an opportunity to examine this. Ordinary Hutu signaled, with mass participation in their own punishment, that ruling elites could count on them. One million individuals, that is, 1 in 3 adult Hutu (population of 1994) were tried in the gacaca courts (pronounced: ga-cha-cha)—given the lack of hard evidence, technical skill and financial resources at the disposal of the new ruling elites, all this was possible because ordinary Hutu participated in substantial numbers, submitting self-incriminating confessions, denouncing each other, and serving without pay as lay judges.

The RPF interpreted these behaviors as evidence of general support for its programs of “national unity”; yet it did not trust this population enough to concede their readiness for democratic decision-making. It argued that the masses had been exposed to decades-long radical ethnic indoctrination, and that “dangerous ideas” still lurked in many schools, families, churches, and NGOs. Unable to differentiate between those who adhered to or rejected extremist views, it used gacaca participation as a way to sort ordinary Hutu into those who were for national unity (and presumably pro-RPF), and those who were understood to have tacitly declared their ideological resistance to unity and the RPF platform by holding out from participation.

Critics pointed out that non-participation was not evidence of extremist views; nor did participation imply consent for RPF rule. These critics discounted the role of ideology. They emphasized that the masses held critical views of the RPF (for its failure to thoroughly account for war crimes against Hutu civilians, its heavy-handed tactics, etc.) but did not connect those critical views to underlying ideological foundations. Their emphasis shifted to “repression”—gacaca participation was seen as compliant behavior under coercive circumstances.

No doubt gacaca participation unfolded within a context of general repression and authoritarian rule, but some issues remained unsettled. Why, for instance, did a quarter million (mostly Hutu peasants) judges stand for election and serve for years without pay? And how was it possible for so many to hold out from participating despite this repression? The majority of those convicted did not submit confessions; large sections of the community did not testify; and not everyone volunteered their free services to the RPF state. These questions highlighted gaps in our understanding – and if repression could not explain everything, it was necessary to re-examine ideology, or propose an alternative account. A third thesis of “functional satisfaction” held that citizens managed gacaca according to their needs, but this did not explain what their political views were, nor why many refrained from participation.

To test “ideology”, I interviewed a small sample of non-elite Hutu in a region the RPF had identified for the troubling persistence of radical views. I applied the RPF’s definition of “genocide ideology” and included in the sample those who had testified and those who had not testified in the tribunals (the RPF believed the latter to be resistant to unity and reconciliation). The findings were published in African Affairs (April 2014). First, there was no significant variation in respondents’ substantive ideological orientations. This meant that ideology could not explain variation in participation and non-participation outcomes. Second, on the substantive content of their views, most rejected the radical ethnic positions of their former governments. However, they defended the possibility of a moderate program of Hutu politics, and harbored a deep suspicion of elite Tutsi rule (pointing to the structural disadvantages suffered by Hutu in the distant past under the Tutsi King and describing the “unity” of that time as the default result of the kind of mutual dependence that may be found between master and servant. This was not “genocide ideology” because no one denied the genocide, everyone expressed remorse toward harms done to ordinary Tutsi over time, accepted the need for punishment, and desired inter-personal reconciliation. In a forthcoming book (2015), these findings are tested on confessees and non-confessees among prisoners accused of genocide. The same pattern emerged, suggesting a socially widespread tendency amongst Hutu to hew to the “middle ground”—distancing themselves from radical Hutu politics as well as elite Tutsi rule, seeking reconciliation, and desiring a moderately ethnic Hutu politics that eschewed violence against civilians.

In the gacaca courts, peoples’ suspicion of elite Tutsi rule acted as “brake” on their readiness to participate at the outset, but the “middle ground” was moderate terrain, and the opposition to RPF rule was not of a magnitude that thwarted the identification of the practical benefits that could flow from accommodation. Those who responded cooperatively to regime’s demands accessed a variety of selective benefits. Confessees were rehabilitated into the system with grants of clemency; those who denounced others supplied the new rulers with valuable information about local processes, potential trouble makers and grassroots power brokers and in return had their targets “acted on” by the state; those who volunteered to judge without pay were tacitly permitted some limited room for maneuver to protect friends and family in gacaca, and many were co-opted into the grassroots (Hutu-dominated) administrative apparatus. These myriad cooperative behaviors were practiced countrywide over a decade’s worth of trials and created a tacit working relationship, in which cooperation was exchanged for selective protections and benefits, and stabilized RPF rule upon a Hutu support base. Non-participants held back because of their suspicion of government motives (not to be confused with extremism). They also faced constraints such as information deficiencies, and lack of resources to offset the economic costs of judgeship (they worked without pay) or the social costs of public denunciation. But those who understood how the incentives worked, and whose personal circumstances allowed for some risk-taking, opted for cooperation. The book demonstrates how this ideological “middle” ground proved open to accommodation with authoritarian “Tutsi rule”—thousands invested in the RPF system for rewards, personal advancement and other private gains, and consolidated the regime through their self-interested support.

The stability of the RPF regime depends on support from the majority group. It makes rule less costly (both in terms of reputation and resources) than blunt excessive repression. As cooperative transactional behaviors have gained momentum, there has been reduced reliance on mass imprisonment, arbitrary arrests, and new efforts have been made to improve the laws and reduce their instrumentalization for indiscriminate suppression. But this formula for stability may not be a permanent equilibrium. The “middle ground” permitted accommodation, but was also slippery terrain. In the interviews, respondents had sought to make amends with ordinary Tutsi, but had also revealed tolerance for limited violence against elite Tutsi if their rule placed the population under severe stress. There was also a tendency (which they otherwise resisted) to slip into a kind of undifferentiated thinking in which ordinary Tutsi and elite Tutsi acted in concert against Hutu, and the Hutu-Tutsi conflict assumed a zero-sum form. The slippage occurred when talking about the pressures and lack of protections in gacaca justice. If the incentives to cooperate cannot continue to override the reservations that people hold, and if the pressures are such that those reservations assume the form of severe grievances, then the tacit bargains between the government and ordinary Hutu may unravel.