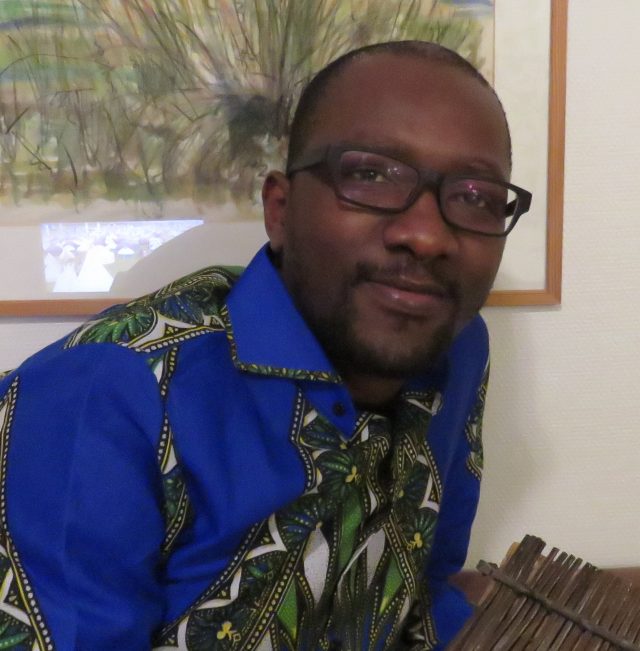 DIA Editor Obert Hodzi analyses what lies behind the decisions of Zimbabwean politicians to curry favour with Britain – and what the latest opposition tour of the UK means for politics ahead of the  elections.

‘Critical meeting with @BorisJohnson and other members of the British Government. Returning our country to legitimacy the key imperator in this election. #changethatdelivers’.

The meeting was attended by Nelson Chamisa, the 40-year old who took over leadership of the MDC in February when Morgan Tsvangirai passed on. As the MDC Alliance’s presidential candidate, Nelson Chamisa led the delegation that met Boris Johnson and several other British government officials in May 2018. Being a coalition of seven political parties, the MDC Alliance is the strongest of the coalitions of political parties, including Joyce Mujuru’s People’s Rainbow Coalition.

Hardly a month before Chamisa and Biti’s UK trip, Sibusiso Moyo, Zimbabwe’s foreign minister had also met Johnson in London. On their separate trips to the UK, Moyo and Nelson Chamisa’s itineraries mirrored each other. Both met the Foreign Secretary and other British government officials; presented at Chatham House; and held interviews with the British media. So, why is the British government so important to Zimbabwe’s politicians?

It is not difficult to understand why the British government is important to President Emmerson Mnangagwa. His legitimacy and acceptance in the West depends on them. Mnangagwa also acknowledges that ‘isolation is not splendid or viable’. Besides the severe economic consequences that isolation has historically caused in Zimbabwe, it also had devastating political consequences for ZANU-PF. It gave the MDC-T an exclusive audience and support from Britain, which the MDC-T used to its political advantage to ensure that Britain and the European Union (EU) maintained pressure on ZANU-PF to institute crucial political and electoral reforms.

In re-engaging Britain, Mnangagwa has with some success reversed that. Since taking over in November 2017, Zimbabwe has been invited to join the Commonwealth; his ministers have been granted audience in London; and UK ministers have undertaken official visits to Zimbabwe. More importantly, with Britain refusing to call the military takeover that brought him into power a coup, Mnangagwa’s regime is regarded as legitimate much to the chagrin of his political rivals. Happy with Britain’s reengagement overtures, Mnangagwa has even promised that whatever Britain loses because of Brexit, it can gain from Zimbabwe – directly tying his political interests with what he perceives to be Britain’s national interests.

Seeing their exclusive access to British government officials fading away, and with claims that Mnangagwa’s regime is illegitimate being rebuffed, the MDC Alliance has had to think on their feet. David Coltart who was part of Chamisa’s delegation to the UK wrote that the trip ‘was pulled together at short notice and financed on a shoestring budget.’ The main thrust of their trip was to expose the illegitimacy of the Mnangagwa regime and convince the British government to reconsider its conciliatory stance towards Mnangagwa.

Compared with Sibusiso Moyo, Nelson Chamisa and his delegation were not as successful. The hurriedness with which the trip was organised is shown by the diplomatic disaster that followed. Chamisa’s presentation at Chatham House was criticised for lacking depth; Stephen Sackur described his policies as ‘silly’, ‘nonsense’ and ‘Alice in wonderland fantasies’ – adding that Chamisa is regarded by politicians in the United States and other countries as a ‘jester’. In response, MDC Alliance officials and supporters accuse the British government of influencing Stephen Sackur to discredit Nelson Chamisa on BBC Hardtalk. The British Embassy in Zimbabwe has denied those allegations on twitter. Catriona Laing, British Ambassador to Zimbabwe, and her deputy, Simon Thomas also refuted claims that they influenced the BBC.

Nonetheless, Britain’s support remains critical to both Mnangagwa and Chamisa for different reasons. As mentioned earlier, Mnangagwa needs Britain to maintain his veneer of legitimacy in Europe and the US. For Chamisa, it is about regaining an ally important to sustaining the illegitimacy argument against Mnangagwa in case ZANU-PF wins the election. If Chamisa loses the upcoming election, he will need Britain to agree with him that the election was flawed and declare the Mnangagwa regime illegitimate.

Lacking the means to force the government to implement economic and political reforms, MDC Alliance relies on Britain and US putting pressure on the government. The MDC Alliance has learnt from the military takeover that unless ‘big powers’ such as Britain and the United States agree with the local political opposition parties that a political process lacks legitimacy, there is little that local actors can do. The legitimacy argument is therefore only as effective as the countries backing it – not the number of people in the streets protesting.

Both Chamisa and Mnangagwa know very well that legitimacy in Zimbabwe is not derived from the people. Both were not elected into their positions, they are appointees of manipulated political party structures. The electorate played no significant role in determining whether their actions were legitimate or not. What matters, especially in the case of Mnangagwa is acceptance by Britain, and then other countries. As the country gears for a crucial election they both know the influence the British government has.

It is therefore not accidental that both Chamisa and Sibusiso Moyo only sought to explain their policies at Chatham House and not to the electorate back in Zimbabwe. Supporters of Nelson Chamisa argue that it is not at rallies that policies must be explained in detail. To date the MDC Alliance has not published its manifesto. ZANU-PF had a press statement at the launch of their manifesto, but they have not since explained it any further. Details of the two parties’ economic and political reforms have instead emerged in their presentations at Chatham House.

As put by a senior government official in Zimbabwe, the thinking is that ‘our people are not clever, they cannot connect the dots’, so they should not be bothered with policy details that they do not understand. If that is the attitude, then this explains why political rallies are devoid of depth. London’s endorsement is therefore the key focus of Chamisa and Mnangagwa’s re-engagement, policies and strategies.

It is no doubt that the upcoming election is crucial for Zimbabwe, but there are whispers that Zimbabwe’s political leaders have a penchant for endorsement by the British government. There is an emerging disgruntlement that populist promises made in ‘unexplained’ manifestos and at rallies are only articulated in London. In the process roles are being reversed – no longer is the MDC-T being regarded as a puppet of Britain, ZANU-PF is now also being accused of being a ‘willing puppet’ of the British, and Britain is now also being accused by the MDC Alliance of working to discredit Chamisa while promoting Mnangagwa. The few months will be interesting to observe how British diplomatic efforts navigate the murky waters of Zimbabwe’s politics.