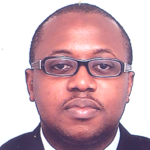 The use of technology to prevent electoral fraud is becoming increasingly common, with Kenya one of the latest countries to begin piloting the possibility of biometric voting. But is the technology good enough and reliable enough, and can it be made to work effectively in countries with a limited national infrastructure. Here, Kojo Pumpuni Asante, a Senior Research Officer at the Ghana Center for Democratic Development, discusses the move towards biometric voting in Ghana.

On 24th March 2012, the Electoral Commission of Ghana (ECG) commenced a process to compile a new voter roll for the upcoming 2012 presidential and parliamentary elections in Ghana. In a departure from the past and following the election trend across the world, the ECG is using biometric technology to capture prints from all 10 fingers of each prospective voter. The exercise will take place in over 23,000 polling stations in Ghana for a period of 40 days.  It will be undertaken by over 50,000 permanent and temporary Electoral Commission staff. The main objective of adopting biometric technology is to eliminate double registration and improve the accuracy of the voter register.

If limited to the two previously stated objectives, the introduction of biometric technology in the compilation of the voter roll should be welcomed. Additionally, given the extensive knowledge, experience and success of the ECG in introducing new ideas in elections in Ghana (like transparent ballot boxes in 1996 and tactile balloting system for the blind in 2004), the ECG should be able to pull this off. However, the introduction of technology in the voter registration system will not be able to address other types of fraud like the registration of minors and non-Ghanaians prevalent in registration exercises in Ghana and across Africa.

Ghana joins a long list of African countries (Nigeria, Kenya, Democratic Republic of Congo (DRC), Sierra Leone, Burkina Faso, Tanzania, Zambia, Uganda, etc) that have turned to technology to improve the accuracy of their voter registers. As in Ghana, voter registers in all these countries have been plagued by a high incidence of double registration, registration of unqualified voters (minors –under 18 year olds and non-citizens) and the retention of names of deceased voters on the voter roll. For example, in the 2008 national elections in Ghana, the ECG voter registration exercise yielded 1.2m more names than it had estimated. Fortunately, only a total of about 9m people cast their votes on the day of the election out of the 12 million registered voters.

Biometric technology is expected to help curb some of these fraudulent practices that political parties engage in, but it is not a panacea to fraud free elections. The DRC for example introduced biometric technology in its registration exercise for its November 2011 elections but it could not stop ballot stuffing and inflation of figures during the collation of the results. The integrity of the biometric voter register itself was called into question by both domestic and international election watchers.

Apart from the limitations of biometric voter registration in dealing with electoral fraud, the deployment of technology in elections comes with its own technical and logistical challenges. In Ghana, the voter registration exercise kicked off on the 24th March 2012, six months late under a cloud of controversy and delay after one of the bidding companies not shortlisted for an international procurement process took the ECG to court. After months of motions and counter motions, the matter was resolved in the ECG’s favour.

Also as a cost saving measure, the EC deployed its biometric kits differently from other African countries that had undertaken the exercise recently. So, unlike Nigeria, the ECG did not place kits in every registration center. It adopted a ‘Cluster System’ whereby polling stations were placed in a cluster of 4 polling stations and given one of the 7,000 registration kits. The kit remained at each polling station for 10 days and the registration team rested a day and moved on to the next polling station within the cluster for another 10 days. This allowed the system to check double registration on a daily basis and identify cheats early. The adoption of this strategy was informed by the experience of Nigeria where it took a long time to undertake the matching of fingerprints to eliminate double registration, which can undermine confidence in the voter roll.

In first weekend of the exercise, the Coalition of Domestic Election Observers (CODEO), Ghana’s largest citizen observation group with its Secretariat at the Ghana Center for Democratic Development (CDD-Ghana) noted a number of other challenges. As expected by most stakeholders, prospective voters from different polling stations in the cluster all rushed to the first polling station that had opened for registration putting a lot of stress on electoral officials and the equipment. As a result, several of the machines experienced breakdowns, some of the temporary ECG workers recruited for the exercise also appeared unable to address these challenges.

Furthermore, because of poor voter education, there was a lot in misinformation about, for example, how to deal with those suspected of being minors and non-citizens, or how to determine whether a person was from the community and could register to vote there. There were also security problems as political party supporters and agents at some registration centers decided to take the law into their own hands to prevent people who they thought did not reside in a community from registering, leading to a number of violent incidents. This however appeared to be an urban phenomenon as most rural registration centers experienced a smooth exercise. The problems of frequent equipment failure and the lack of adequate information about kit movements seem to have been minimized in the subsequent phases of the exercise while the Ghana Police Service has assured the public that those who breach the registration rules will face the full rigors of the law. Nonetheless, it appears some prospective registrants may have been disenfranchised because of this challenges and it is not certain if the ECG will undertake a mop –up exercise to accommodate such people.

In spite of all the challenges, the introduction of biometrics in the compilation of Ghana voter register should improve the accuracy of the voter register and provide the foundation for clean and violence free elections come December 7th 2012 when the presidential and parliamentary elections are held.

Click here, for more of the work of the Center for Democratic Development