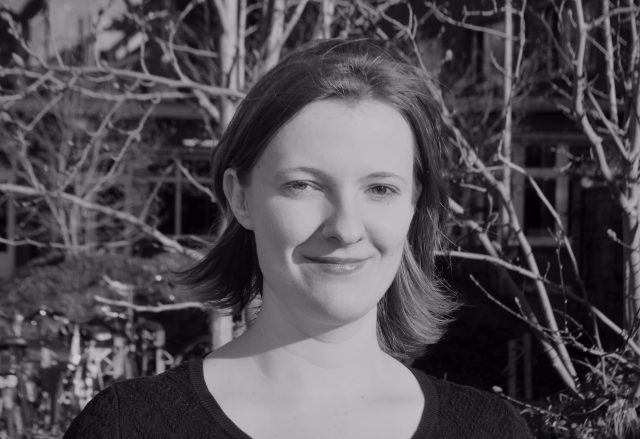 Leila Demarest analyses how the failure of the South-East Development Commission Bill highlights an increasingly fragile fiscal pact in Nigeria.

On 1 June 2017, the 43 Representatives of Nigeria’s South-Eastern zone (comprising Abia, Anambra, Ebonyi, Enugu, and Imo States) introduced the South-East Development Commission (SEDC) Bill to the National Assembly. The introduction of the bill came two days after the 50th anniversary of the South-East’s secession as the state of Biafra and the start of the Nigerian civil war. The bill was a response to renewed agitation in the region and new calls for secession among its Igbo ethnic population. By creating a separate institution to pool state funds, the bill aimed to support development in the region, and explicitly referred to the economic consequences of the civil war.

However, the proposal was ‘killed’ amidst much controversy, mainly due to opposition from Northern lawmakers. In response, the South-East Representatives almost started a row and left the floor of the House in protest. The reasons underpinning the failure of the bill reveal how decreasing revenues are putting increasing pressure on the government’s ability to use redistributive fiscal measures to maintain political stability as Nigeria struggles to escape economic recession.

Nigeria’s Constitution outlines a system of ‘fiscal federalism’, whereby revenues are principally collected by the federal government and then redistributed to the state and local governments. Given the concentration of oil in the south of the country, rents from the economically more powerful South are transferred to the North, which is poorer, more populous, and holds the political majority.

Yet, this system has not always hindered new distributive measures towards the South. For instance, the Niger Delta Development Commission was established in 2000 with similar financial arrangements as foreseen by the SEDC bill. Northern lawmakers have also consistently approved the budget of the contentious and expensive Niger Delta amnesty programme, which was introduced by President Yar’Adua in 2009 to address militancy in the region.

There are two likely reasons why the SEDC bill, with the same objective of redistributive appeasement, failed. Firstly, the bill’s failure can be attributed to the neglect of the region’s Representatives to negotiate with Northern lawmakers prior to the introduction of the bill. This lesson was perhaps taken up by South-Eastern Senators, as a week later, the SEDC bill did pass to second reading in the Upper Chamber of the National Assembly. If the Senate does not reject it at a further stage in the legislative process, it will most likely reach the House again next year.

Taken together with the fact that redistributive measures toward the Niger Delta started out as presidential initiatives also points to the fact that high-level political bargaining in Nigeria does not necessarily take place at the level of parliament. Indeed, the House and Senate are characterised by high turnover rates, which can be indicative of legislators’ political weight. Another accusation towards the South-East Representatives was that their own state governors did not support the bill as it would directly reduce the share of allocated revenues under their control.

Secondly, the failure of the bill in the House also reflects increased resource competition at the political level in Nigeria. Interestingly, a week after the rejection of the bill, the federal representatives passed the final version of the North-East Development Commission (NEDC) Bill, which supports reconstruction in the states affected by the Boko Haram crisis. The SEDC largely foresaw in the same provisions, although the financial arrangements were less favourable (i.e. lack of federal VAT revenue). Yet for some, especially Northern Representatives, the SEDC bill was perceived to jeopardize the funds attributed to the new commission for the North-East. Opponents of the bill argued, for example, that the Biafran civil war was years passed and that the bill would compel other regions to demand similar commissions.

This increased resource competition among Nigeria’s political elites can be understood in the context of a shrinking national cake. In 2016 Nigeria entered its first recession in over two decades, as a result of falling oil prices and militancy in the Niger Delta, as well as persistent liquidity issues despite the Central Bank’s removal of the dollar peg. Growth prospects over the short term remain weak, with the IMF forecasting only 0.8 per cent growth in 2017. Meanwhile, inflation remains high impacting living costs, while high levels of unemployment also highlight structural failures. Given that oil accounts for around 70 per cent of government revenues, these have eroded quickly alongside the falling oil price. As a result of Nigeria’s fiscal federalism, all layers of government remain heavily dependent on oil revenue, meaning that economic malaise reverberates throughout the country.

These problems look like they will only worsen over the short term, particularly given the security threats that are present in all corners of the country. In the North East, the Boko Haram crisis poses severe challenges, while there is only very fragile peace in the Niger Delta, and in the Central region, the herder-pastoralist conflict shows few signs of abating. Fiscal burdens have already threatened the Niger Delta amnesty programme, which partly explains lingering tensions in that region. However, the government faces a double bind as abandoning the programme will likely lead to resurgence in oil theft and pipeline vandalism, jeopardising lucrative oil revenues in turn.

However, most critically, the need to make choices in revenue allocation risks creating further instability in an already difficult climate. Alongside the direct impact of economic pressures (an important driver of local agitation), President Muhammadu Buhari has only just returned from his extended medical leave in the UK since May, while continued uncertainty on his condition remains. If Buhari, a Northerner, is unable to serve the rest of his term, having a Southerner (in the form of current acting president Yemi Osinbajo) in power until 2019, could prove to be an extremely volatile context in which to make decisions about revenue allocation.

Leila Demarest is a PhD fellow at the Centre for Research on Peace and Development (CRPD), at the University of Leuven (KU Leuven) in Belgium. In the framework of her current research, she conducted a survey with  federal lawmakers in Nigeria’s National Assembly between May and June 2017.