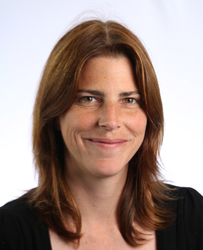 Jessica Northey kicks off our new series looking back on the Arab Spring, five years on. Her recent article in Democratization taps into broader debates on associational life in North Africa and the Middle East. Have associations in these countries been coopted by authoritarian governments? What part do associations play in explaining why the Arab Spring succeeded or failed in shaking the political landscapes of states in the region? Drawing on her work in Algeria, Jessica argues that associational life plays an important role in furthering the democracy, even though the progress in the country may have be far less visible and dramatic than in surrounding states. Jessica is a Research Associate at the Centre for Trust, Peace and Social Relations at Coventry University.

May 1945 saw the liberation of Europe. This was a freedom which had been fought for by many tens of thousands of Algerians, Moroccans, Tunisians and others, who had battled on the front line in Italy, France and Germany. Yet upon liberation, Algerians returned to life as colonial subjects. The values and liberties they had shed their blood to defend were denied on a daily basis back home. In a segregated state, the majority of Algerian Muslim children were denied education. An Algerian vote was worth one third of that of a European pied noir, and poverty, low wages and unemployment were the stark reality for most Algerians, compared to the relative luxury of their European neighbours. As the war ended, nationalist movements for equality, self-determination and civil liberties gained strength across Africa, leading many more Algerians to demand freedom from their liberated colonisers. On the 8th May 1945, the colonial government brutally repressed of such uprisings, leading to the deaths of at least 15,000 Algerians. 104 Europeans lost their lives. This event was a stark turning point for Algerian civil society, and for the demand for civil rights and justice.

Although Algeria has a long tradition of religious and local groups engaging in community-based decision-making and activism, civil society was in many ways born in the struggle for freedom. The association of the Etoile Nord Africain (ENA) in the 1920s and 1930s had fought for the liberation of Algeria. Banned by the French government, the ENA was replaced by the Parti du Peuple Algerien, which later evolved into the Front de Liberation National. After eight years of brutal war against the colonial rulers, what began as a liberation movement formed the basis of the new Algerian government. With the stresses of rolling back the colonial state, nation building was not always easily balanced with the existence of autonomous organisations. Ultimately, the government’s desire to unify the nation took precedence over the preservation of plurality, creating a period of rupture in associative life.

Following the riots of 1988 and the ambitious democratisation project in 1989, a new space opened up once again for Algerian civil society. This democratization project, however, also led to one of the country’s most painful civil conflicts, with tragic consequences.

The first free elections in 1991 saw the election of the Islamist party, the FIS and the defeat of the FLN, who had dominated post-colonial politics for years. The army orchestrated a military coup, halting the electoral process, removing the president and preventing the Islamist party from taking power. The succeeding conflict resulted in an estimated 200,000 deaths, returning Algeria to what seemed to be an unavoidable state of authoritarian control.

Yet despite the retracted democratization process, the reforms of 1990 inspired an increasingly dynamic associative movement. Over the last two decades, since the Law of Associations of 1990, thousands of organizations have been registered in Algeria. There are currently 93,000 registered associations working in the social, cultural, heritage, health and sports sectors, and also commemorating those who lost their lives during the conflict.   The space for political parties also opened. It is worth noting, however, that even though the population is increasingly religious, new Islamist political parties have not been seen as a credible force in political life, capable of dealing with the challenges facing the country.

As I argue in my recent article, one of the main challenges for Algerian associations, and political parties, remains the post-conflict environment in which they operate. Hundreds of thousands lost their lives in the nineties, and many more fled the country. The assassination of intellectuals, professors, doctors, journalists, activists, feminists, school teachers and entire villages created an environment in which simply holding a meeting was a political act of great courage. During this time, associations provided help for the traumatized, fought for women’s rights and supported children’s education in a context where simply maintaining daily life was a form of resistance making one a direct target for insurgents.

So what is the situation today for Algerian civil society? Whilst they continue to work in a closed political environment, associations have gained strength and resilience from the torment and suffering of the 1990s. Unlike other contexts, they are not tied to the state or donors (almost inexistent in Algeria), neither do they simply follow instructions from the state or promote anti-democratic practices. During the Arab Spring, a short-lived movement under the title of the Coordination Nationale pour le Changement Democratique marched in the streets of Algiers and Oran demanding change. With the subsequent upheavals, the Algerian state set about a new consultation and reform process. It introduced a new Law on Associations in 2012, claiming that this would make associations easier to establish. Certain measures were useful in this regard, such as devolving the approval process to town-hall level. However, the legislation simultaneously reinforced the state’s role in ‘overseeing’ associations, and tightening restrictions on foreign NGOs and funds. Networks of associations across Algeria mobilised to challenge the Law on Associations in parliament – arguing this would be a step backwards for the freedom of association. Ultimately their opposition was unsuccessful but their mobilisation is significant because it demonstrates that the dominance of the Algerian state has not produced a subservient associational landscape. Algerian associations engage in processes of negotiation to protect their diversity and autonomy. Consequently, whilst their power is limited, they continue to contribute to a raft of different issues (from restoring contested historical buildings, to caring for victims of terrorism) challenging the state’s attempts to monopolise policy and practice within the country.

Despite all the political and structure obstacles that it faces, Algerian civil society – with its roots in a successful struggle for human rights, equality and freedom – continues to play an important role as a meaningful force for democratic reform.