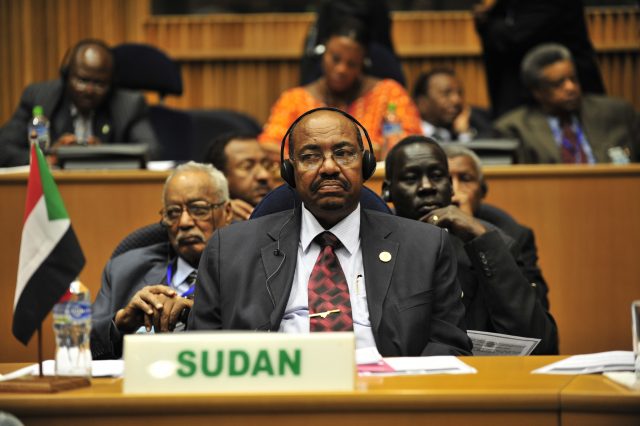 In contrast to the positive picture from Nigeria, portraits of the Sudanese electoral landscape look bleak. Michaela Collord explores. Michaela is a PhD candidate in politics at the University of Oxford. This blog post was originally posted on the Presidential Power blog.

Sudan held its latest general election from April 13 to 16 after the voting period was extended by one day due to low voter turnout. With official results due to be released on Monday, April 27, there is little doubt long-time President Omar Al-Bashir and his National Congress Party (NCP) will emerge as the overwhelming victors. This outcome, while entirely predictable, has nevertheless led to renewed speculation about Sudan’s political trajectory, and the prospect of more violence on the road ahead.

A pyrrhic victory for the Bashir and the NCP

While these elections do not pose a challenge to Bashir’s hold on power, they do little to reinforce the legitimacy of the NCP regime. In power since 1989, the current leadership has had to contend with unprecedented opposition in recent years, prompted in part by the severe economic repercussions of oil-rich South Sudan’s secession in 2011.

The low turnout at last week’s polls expressed the clear lack of enthusiasm for the ruling party, not to mention cynicism regarding the electoral process. As one observer quipped, ‘why bother holding elections over several days when they could be done ‘in five minutes?’

Violence perpetrated by rebel groups in Sudan’s embattled periphery further highlighted the prevailing instability in much of the country. Gunmen in North Darfur shot at ballot boxes, while in South Kordofan, attacks led by the Sudan People’s Liberation Army-North resulted in the closure of several polling stations.

An opposition boxed and cornered

The decision by the main opposition parties to boycott the elections further undermined any added legitimacy the NCP could hope to gain.

The decision to stage a boycott came after repeated arrests of opposition party leaders, including in December of last year after an unprecedented coalition of political parties, civil society organizations and rebel groups jointly issued the ‘Sudan call.’ The ‘Call’ expressed a commitment to a non-violent political process aimed at dismantling the one-party state. The NCP government did release two political detainees shortly before the elections, but that did little to alter the sense of opposition persecution.

Unsurprisingly given the political environment, the primary opposition parties remain weak. Even the mainstream opposition does not have the nation-wide structures or clear political programme that would enable it to form a government.

Given the circumstances, Bashir ended up running against 13 little-known presidential contenders who could hardly dent his share of the vote.

Fading prospects for a peaceful transition in Sudan

The fact that Bashir appears ‘stronger than ever’ and the obvious weakness of the opposition has exacerbated fears that the NCP regime—and its powerful base in Sudan’s security system—will never be able to hand over power peacefully.. As noted by one Khartoum-based Western Diplomat, ‘There is an uneasy feeling among diplomats here that these elections were a lost cause. It would be better to focus on the 2020 elections, even if it looks like the peaceful way of challenging al-Bashir’s power may have run out.’

In general, Western powers appear to be reconsidering their attitude vis-à-vis Bashir’s government. Long-time a pariah state, not least given the ICC’s arrest warrant for Bashir, Sudan is currently working to reposition itself regionally. It has loosened ties with erstwhile ally Iran while looking to strengthen its links with Egypt and Saudi Arabia. Europe and the US, meanwhile, appear concerned that the removal of Bashir and his NCP could herald a new era of domestic and regional instability. While many western powers continue to issue weak statements condemning the worst of the NCP’s political abuses, these do not seem calculated to have any real effect.

While observers in Nigeria are still celebrating the first peaceful transfer of power from one elected president to another, the elections in Sudan leave little hope for a similar breakthrough in the foreseeable future. Instead, the country is left with an aging President and little sense—either at home or abroad—of what could come next.