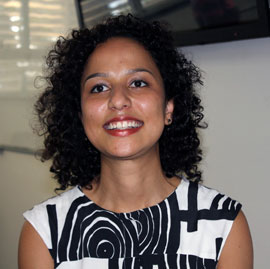 Here, Mandisa Mbali, a Postdoctoral Fellow in Development Studies at the University of KwaZulu-Natal, unpacks the complexities of AIDS Activism in our current political and economic climate. Mandisa obtained her doctorate in Modern History at Oxford in 2009 and is completing her book “South African AIDS Activism and Global Health Politics” under contract to Palgrave Macmillan.

Last year, an end to AIDS became conceivable. New research showed a 96% reduction in HIV transmission between partners when those with the disease were taking combination antiretroviral (ARV) drug therapy. Making this possibility a reality will take significant resources and political will. Worryingly, for the past few years foreign aid for AIDS programs has been dwindling – a development recently highlighted by the UN Secretary-General Ban Ki-moon.  In April, he said that the first-ever decline in HIV funding in 2010 was “potentially jeopardizing” the international community’s chances of sustainably progressing towards ending AIDS.

A key protagonist of this AIDS financing crisis has been the Global Fund to Fight AIDS, TB and Malaria, which cancelled Round 11 of its grant proposals in 2011, funds which would have been disbursed in 2013 and 2014. This crisis has been building for a long time, with several 2010 donor pledges having remained unmet and Italy and Spain making no pledges for 2011-3.  It seems that this “age of austerity” may have also brought about an abrupt end to the dizzying increases in aid to fight AIDS which were in evidence from 2002-3.
What sort of impact have the cuts really had on heavily affected African countries’ AIDS responses?  How are governments in these countries responding to them?  And what sort of political responses have African AIDS activists mounted?

According to the UN, Southern Africa is the most heavily AIDS-impacted region of the continent and, indeed, the world.  Yet, the crisis has had varying impacts on the implementation of AIDS programs in different countries in the region and so diverse types of civil society advocacy have been mounted in response.  Two critical factors which have shaped governments’ responses to the AIDS funding crisis in seriously affected countries have been the different sizes of their economies and levels of domestic health spending.

South Africa, a middle-income country, has allocated 11.5% of its 2012/3 budget for health.   The South African government plans to introduce a National Health Insurance (NHI) scheme to redistribute resources from the private-sector of the health system to its public-sector.  The NHI scheme will insure the whole of the country’s population so that health care services will be provided free at the point-of-delivery.  This NHI aims to address inequity in the country’s health system and will require higher taxes to pay for the necessary increases in overall health spending
A civil society coalition (the NHI Coalition or NHIC) has already been formed to try to influence the future direction of the proposed policy.  The Treatment Action Campaign (TAC) – South Africa’s main AIDS movement – has featured prominently in this coalition.  TAC’s successful campaigns have capitalized on the political changes brought by the country’s transition — its independent judiciary, its free press and its Constitution enshrining the socio-economic right to access to health care services.  While these activists have expressed fears about the possibility of corruption marring the implementation of the NHI scheme, they have supported its goal of raising the quality of public health services to match that of those provided in the private sector.
The extent to which the TAC’s type of activism has proven replicable in other African countries has depended upon their levels of “democratic consolidation”. While an increasing number of African countries have held multiparty elections in recent years, it goes without saying that the political freedoms which South African AIDS activists have capitalized on are far from continentally ubiquitous.
In this mixed regional political environment, local-level activists continue to play a vital role. But supra-national agreements have also provided political leverage for change. In 2001, African leaders signed the Abuja Declaration at the 2001 conference of the Organisation of African Unity on AIDS, TB and other infectious diseases. In it, they pledged to spend 15% of their national budgets on health. Following this pledge, civil society actors like the AIDS and Rights Alliance for Southern Africa (ARASA) have asked: “Where is the money for HIV and AIDS?”.
ARASA produced a “Lords of the Bling” video in 2009, which was distributed via YouTube.  The video contrasted the amounts spent on Zimbabwean President Mugabe’s 85th birthday celebrations, a private jet purchased by Ugandan President Museveni, and Swaziland’s King Mswati’s acquisition of a new luxury vehicle with their governments’ failures to meet the Abuja pledge.
While it may be styled after a hip-hip music video, the clip touches on a very serious issue that UN has termed the “AIDS Dependency Crisis”. The UN argue that over-reliance on external sources of funding has destabilised the fight against AIDS in Africa. This crisis can only be ended if there is “shared-ownership” and “responsibility” between donors and African governments for programs to address the disease on the continent. That means that donors need to address how much they contribute to fighting AIDS, and how they do so. It also means that African countries which are experiencing comparatively high levels of economic growth must stop this new wealth being horded by “politically connected elites”. Rather, resources must be harnessed and shared equitably to significantly improve the well-being of entire populations.
Ultimately, though, we must also appreciate that different governments face extremely divergent budgetary allocations and constraints.  South Africa – a country which can and is spending more on health – is hardly typical in the region. Malawi, for instance, allocated 15.5% of its 2011 budget for health. But Malawi – with an HIV prevalence of 11% — is one of the world’s poorest countries and it is gravely short of health workers.  Its fight against HIV and AIDS is also shaped by broader political issues. From 2010 to 2012, the country was placed under targeted economic sanctions. This followed donor governments’ charges of poor governance in the country, which culminated in the expulsion of the British High Commissioner after he criticized the then Mutharika government’s poor human rights record. As a result of a cessation of critical western aid, Malawi’s health system suffered severely, with hospitals and health centres running out of life-saving medicines and supplies.         The Global Fund’s Round 11 was cancelled before Malawi could develop a bid for funding . This cancellation had dire consequences, given that much of the financial support for purchasing ARVs in Malawi comes from the Global Fund.
So, what hope is there for the future? The Global Fund recently announced that it had received new or renewed pledges from Germany, Japan, Spain and the UK.  It also forecast that it would be able to distribute $1.6 billion in available funds for 2012—4.  It is difficult to know in this time of economic uncertainty what will come of these pledges and forecasts. Ending AIDS, something which once seemed improbable or far-off, now looks achievable over the next several decades, but only if African activists’ calls for their governments and foreign donors to co-finance the global effort to accomplish this goal are heeded.