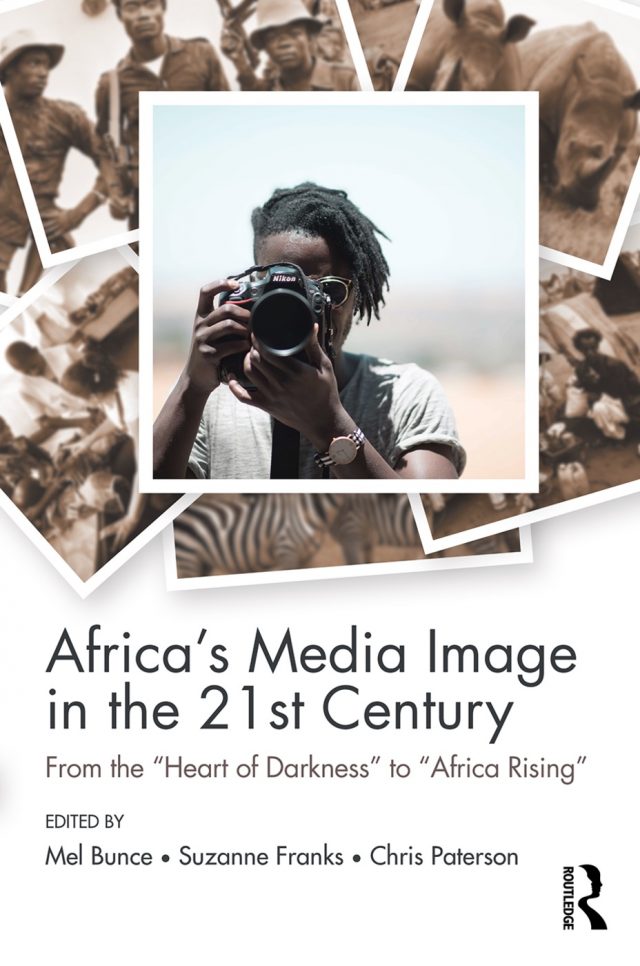 Mel Bunce tells us about ‘Africa’s Media Image in the 21st Century: From the “Heart of Darkness” to “Africa Rising”‘. This new edited collection from Routledge is co-edited with Suzanne Franks and Chris Paterson. Mel is a Senior Lecturer in Journalism at City, University of London.

Africa’s Media Image in the 21st Century. From the ‘Heart of Darkness’ to ‘Africa Rising’ is the first book in twenty five years to assess the way that Africa is represented in the international media. It brings together original research from leading academics and critical reflection from prominent journalists to examine the content, production, and politics of international media. Its 28 chapters consider questions such as: how do civil society, and political groups seek to influence the news coverage of Africa? Has social media changed whose views are represented? Do Chinese or diaspora media offer alternative perspectives for viewing the continent? What is the role of charity groups and PR firms in shaping media content? Chapters also examine the coverage of recent news events and issues from the Ebola crisis and Boko Haram to debates surrounding the “Africa Rising” narrative.

The book is an update to Africa’s Media Image edited by Beverly Hawk in 1992, which focused – primarily from a US angle – upon the Afro-pessimism that dominated news representations of Africa and the Cold War geo-politics, which had long informed the international community’s engagement with Africa. Since the publication of Hawk’s collection, there have been dramatic upheavals in the economics and technology of the international news system as well as the politics of representation. The current collection helps update our understanding, and sets a future research agenda.

The book is thematically broken down into four sections. The first focuses on the content of international news about Africa and how it has changed in the past two decades, including the emergence of more positive “Africa Rising” news content. Several chapters in this section speak directly to one another. Howard French, for example, criticizes western media coverage of the Ebola crisis. This coverage, he argues, silenced Africa voices. Michaela Wrong defends western correspondents, however, noting the challenges they face reporting from the field. Anthropologist Francis Nyamnjoh’s essay invites us to take a further step back to explore what constitutes ‘authentic’ description, whether by journalist or academic researcher.

The second section looks at the makers of news about Africa. This includes original research on the demographics, news values and work practices of foreign correspondents in Africa today, and the factors that shape their work. It also considers how new platforms such as Twitter and Instagram have challenged the dominance of established media outlets, and let Africa citizens reclaim their representation. The section includes a range of essays by media producers including Salim Amin, a well-known television entrepreneur in East Africa who reflects on the legacy of his photojournalist father Mohamed Amin, and Zeinab Badawi, a senior journalist at BBC International.

Section three looks at stories about aid, development and humanitarian crises, and the evolution of this reporting in recent decades. Heba Aly, the managing director of the IRIN newswire asks whether a humanitarian news organisation can ever achieve a sustainable business model. Kate Wright’s research examines the multinational corporations who increasingly work with NGOs to create slick promotional content about humanitarian need in Africa. Nikolas Viki is himself part of an innovative NGO based in Norway which has used satire to challenge the familiar ‘white saviour/helpless black victim’ – including their viral video hit, “Radi-Aid: Africa for Norway”.

The final section focuses on the relationship between politics and media representations. Three chapters are concerned with the emerging role of China in Africa, with specific reference to the way that the Chinese media has invested in and reported news about Africa. Another chapter presents research from Nigeria about the media strategies of the Boko Haram group, one of a growing number of non-state political actors able to operate across national borders. Sean Jacobs, founder of the popular website, Africa is a country, examines the new public spheres that are emerging on digital platforms, and the interest groups that seek to influence them.

Further information about the book and reviews can be found on the Routledge page. 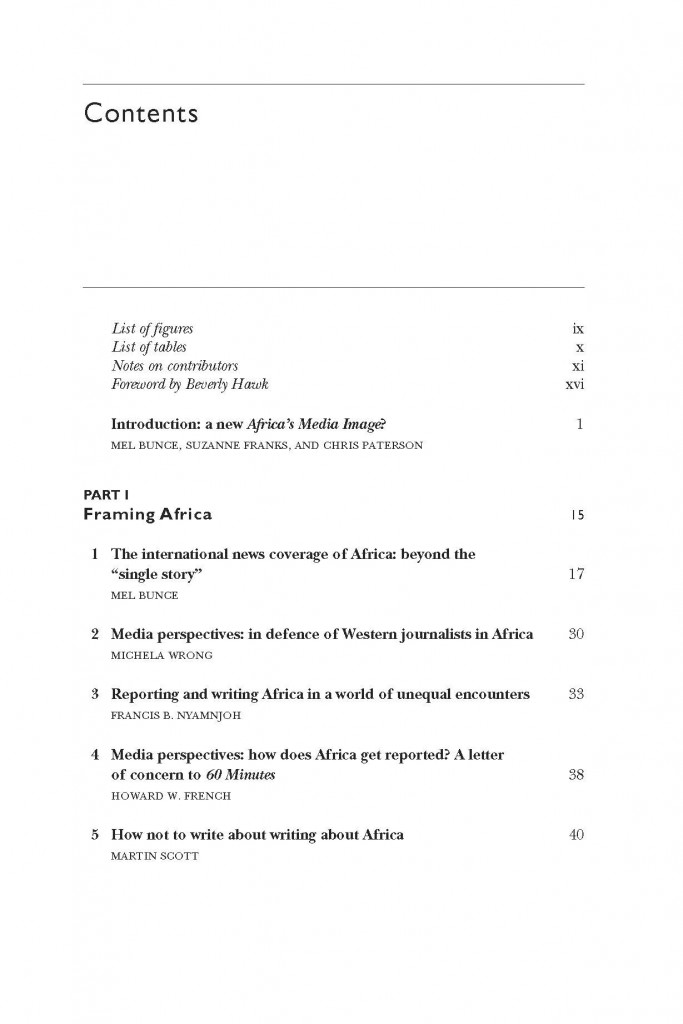 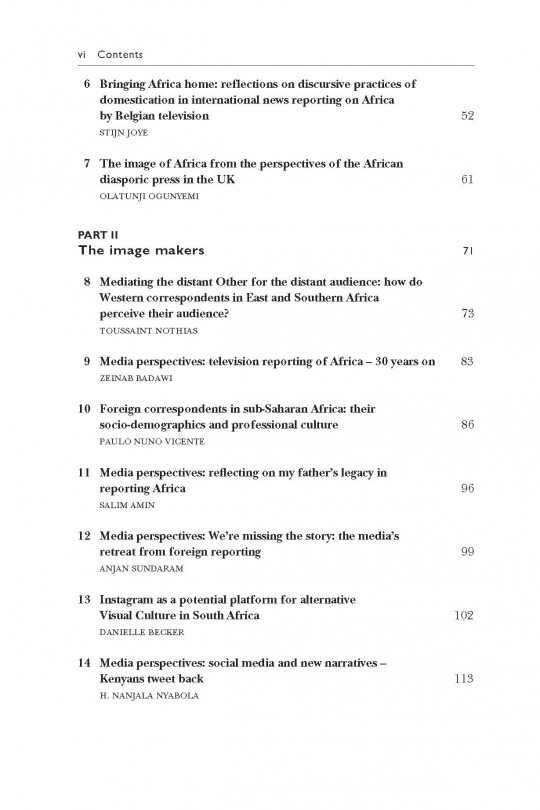 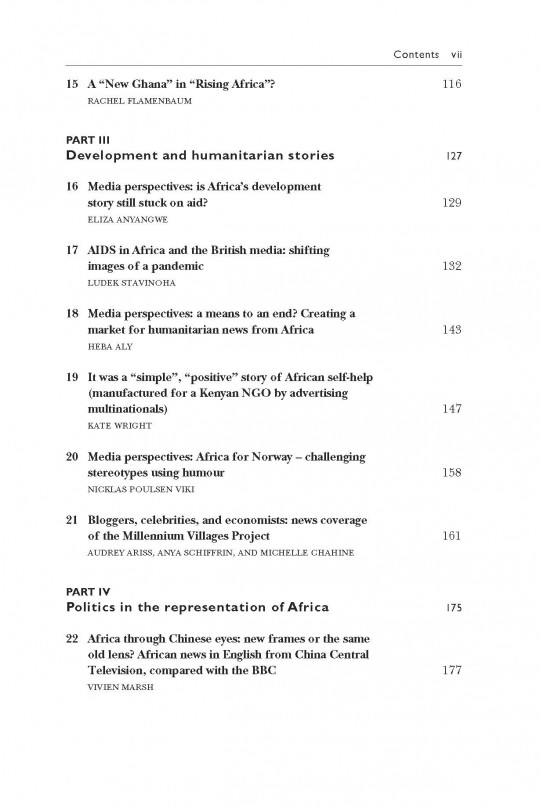 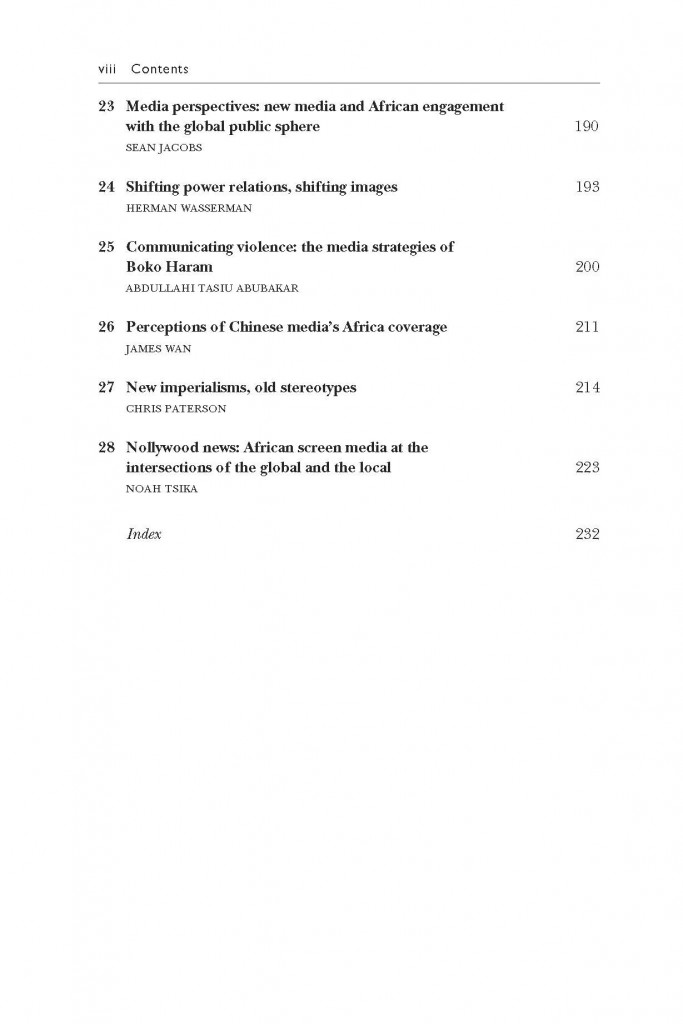