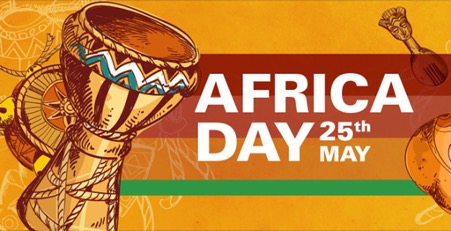 No one who stood in one of the long snaking queues outside polling stations on 27 April 1994 will ever forget the day of South Africa’s first democratic election. The palpable excitement, the joyous faces, and the hope for a better future were shared by millions of South Africans across the apartheid-imposed lines. Standing there together for the first time, the segregation into colour-marked boxes seemed to have collapsed like a house of cards.

The world observed the event with great anticipation, but also with a large dose of scepticism. Given the history of protracted conflict, racial, ethnic, and cultural diversity, along with glaring economic inequalities, many did not believe that a multiracial democracy would successfully take root in South Africa.

Africa Day, celebrated annually on 25 May, seems like an appropriate occasion for taking stock to see if the optimists or the sceptics have been right. It is also a good time to recall the  successes and failures that may help African countries learn from each other as they strive to fully develop the rich human and natural potential the continent holds.

South Africa, having survived both colonialism and apartheid, is worth watching. The country got off to a highly promising start. First, by establishing the Truth and Reconciliation Commission (TRC) called to investigate gross violations of human rights committed during the apartheid era and, second, by adopting a new Constitution to assure the recognition of human rights and a peaceful co-existence for all South Africans irrespective of colour, race, class, creed, or gender. The Constitution also instructed post-apartheid governments to promote understanding, not vengeance; reparation, not retaliation; and ubuntu not victimization. Both the TRC and the democratic Constitution became models many other countries around the world followed as they, too, were emerging from an oppressive authoritarian past during the so-called ‘third wave’ of democratisation.

The early peaceful years of democratisation in South Africa were accompanied by significantly rising economic growth rates. Better services and welfare policy, together with new economic opportunities that had opened up as a result of affirmative action, have led to improved living standards for many  Black people and to the creation of a sizeable new middle class.

And then it all started to unravel.

The ruling ANC, having implemented the National Democratic Revolution (NRD) with its noble objective of creating a united democratic society,  subsequently declared that to achieve its objectives, the NRD required the control of state machinery. Thus opened the door to cadre deployment. The policy of state control facilitated the emergence of a corrupt network, which came forcefully to the fore under the administration of President Jacob Zuma. The resultant near collapse of virtually all state-owned entities has contributed to profound economic malaise, deepening inequalities, and to the increase of the already excessive unemployment to levels rated among the highest in world. The outbreak of the Covid-19 pandemic put an additional heavy burden on the economy, hampering the new administration’s efforts led by Cyril Ramaphosa to undo the damage done.

So, is this the end of the road?  Will South Africa follow the downward path some other African countries have taken? Two factors suggest otherwise.

The first is the strength of the institutional structure on which a democracy rests. In the case of South Africa, the Constitution established Chapter 9 institutions as its guardians:  the Public Protector, the SA Human Rights Commission, and the Commission for the Promotion and Protection of the Rights of Cultural, Religious and Linguistic Communities. They have been all charged with monitoring the implementation of the founding document, while their watchdog function is hugely strengthened by an independent judiciary and free media, both of which retaining their robustness in South Africa.

Unlike many other democracies in today’s world, South Africa demonstrates that its well-designed democratic institutions still hold the fort. But democratic institutions are not impervious to attack, as studies conducted by the Centre for Research on Democracy (CREDO) at Stellenbosch University make clear. By examining democracy in South Africa in comparison with others around the globe, CREDO’s research shows how things can go wrong.

One of the major threats to democracy today is populism, with its power to both destroy  democratic institutions and rent a society apart.

Populism  has reared its ugly head in many young and  even well-established  democracies.   In countries where democracy is firmly rooted, in Sweden for example, populists’ chances of swaying voters in their favour are rather small. But in cases, such as South Africa, the danger is much greater. Here, apartheid-imposed divisions have been intensified significantly as a result of poor governance that has led to widespread hardships and a disappointment in democracy among the population, especially among the poorest who have been most affected  by the callous leadership. The rhetoric of resentment and animosity populist parties propagate falls on a fertile ground and can be extremely harmful as it might help bring them to power. Once  there, as in Poland  for example, populist leaders invariably aim to weaken the very institutions that had made possible their rise to the highest office in the land. They begin with curbing the authority of the judiciary to undermine the rule of law so as to entrench themselves better in power, and they muzzle the media to better spread their antagonistic messages.

Examples from around Africa demonstrate what harm divisive discourse can cause as it sets  one group of citizens against another. One only needs to look at the bitter political struggle in Zimbabwe that had brought the country to an economic collapse and had visited untold suffering on the populace or observe the religious divide in Nigeria that continues to exact a heavy toll in human lives. The ethnic hatreds that had resulted in genocide in Rwanda are another reminder, but Rwanda also serves as glowing exemplar of how a sordid past can be overcome.

South Africa continues to ward off the worst.  Apart from the solid institutional structure that needs to be guarded, the other factor leaving room for optimism about the future of democracy in  the country is the indomitable spirit of its people. Despite a painful history of conflict, there is no split into two hostile camps of the type of polarisation that leads to democracy backsliding or even dying. Instead, the divisions are multiple and therefore potentially less potent.

More importantly, there runs an undercurrent of oneness as a nation. This proudly South African feeling is smouldering below the ground and flares up at times, especially when the country triumphs at global sport events. A competent and caring government committed to social justice can be the wind of change that would turn the small flare-ups into a blazing flame.

Prof Ursula van Beek is the director of the Centre for Research on Democracy (CREDO) at Stellenbosch University. Follow CREDO at @CREDOatSU.